The Lawson criterion gives essentially two ways how to harness an effective fusion reaction. One is to confine plasma with low density but for a long time (n ≈ 1020m−3, τ ≈ few seconds) and the second is to confine it with very high density, but for a shorter time (n ≈ 1030 m−3, τ ≈ 10−10 seconds). From these conditions, two basic types of confinement arises: magnetic and inertial. 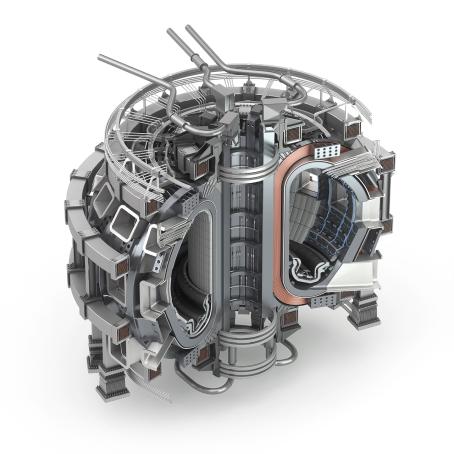 Magnetic confinement tries to hold plasma in some kind of bottle while heating it to fusion temperatures. Because no material could sustain several million Kelvin, the bottle made from magnetic fields is used. In the presence of a magnetic field, charged particles move along magnetic field lines. To prevent them from escaping on the end of the device, magnetic traps or closed magnetic curves are used.

Traps create an increased magnetic field on each end which slows down the charged particle and eventually reverses its direction and sends it back into the centre of the magnetic trap. But such a magnetic mirror works only for particles with certain velocities and directions. Other particles will escape so a magnetic trap is inevitably leaky.

Closed magnetic surfaces seem to be a solution. If the charged particle is trapped on a circular magnetic field line, it continues running round and round and cannot escape. Such a field could be created by magnetic coils called toroidal coils. Tokamaks and stellarators are based on this idea. Unfortunately, a simple magnetic torus (the shape of donut or tire) will not work. The magnetic field will be stronger on the inner side and particles will drift to the outer side where the magnetic field is weaker and leave reaction space. Helically wound magnetic field lines would make particle travel not only around the torus, but to spiral and so the particle would not perceive the stronger field on the inner side and would not escape. You can imagine the helical magnetic field as if you would squeeze a towel and then roll it into a circle. 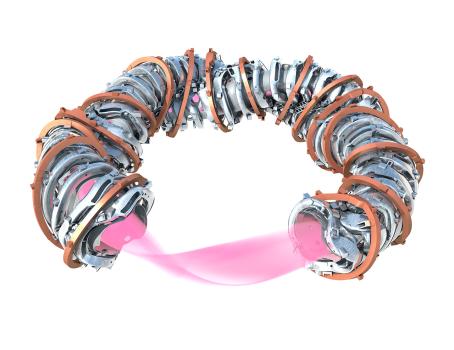 Tokamaks generate the necessary addition to toroidal magnetic fields from an electric current flowing through the plasma (the magnetic field is created around a conductor through which the current is flowing, and the conductor is in this case plasma itself). Such a current is produced by magnetic induction by increasing the magnetic field generated by a central solenoid. Because the field cannot be increased to infinity, the tokamak is in principle a pulse device.

Spheromaks and field-reverse configurations are stable plasma arrangements similar to smoke ring with relatively long confinement times of about a microsecond. Such plasmatic self-sustaining “blobs” are relatively easy to create and are widely used for the study of astrophysical events, but they are also explored as possible ways to achieve fusion.

Z pinch lies by the Lawson criterion between magnetic and inertial confinement. Its principle is compressing plasma by a strong electric current flowing through it. 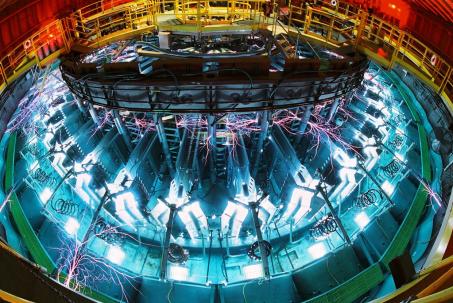 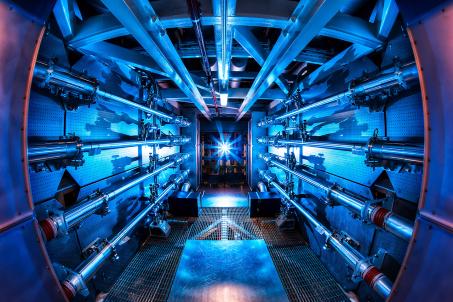 Inertial confinement tries to confine high density plasma for a short time. Fusion material will not be held by any fields but stay in one place only thanks to the inertia of matter — the material will be blown out after the fusion takes place. To reach fusion, pellets from fusion material (frozen of gaseous D-T mixture filled into a thin plastic ball) is compressed from all sides in order to reach fusion density and temperature in its centre, a so-called hotspot. Lasers seem to be the best instruments for that job but beams of electrons or ions were also considered. Ignition could be direct or indirect. Direct ignition fires lasers directly on the surface of the fuel pellet. The surface is ablated and a shock wave travels inward compressing the centre of the pellet, finally igniting the fusion. In indirect ignition, lasers are fired into a small gold cylinder (called hohlraum). After irradiation, the walls of the cylinder begin to produce X-rays which are directed to the pellet and compress it. 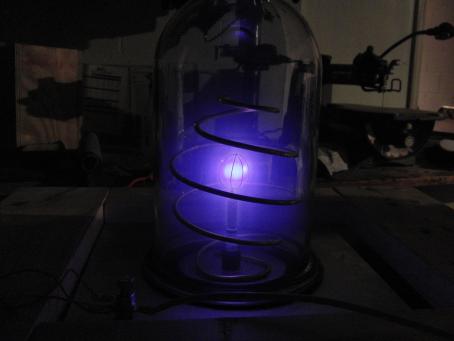 Fusor is a type of inertial electrostatic confinement where ions are accelerated by electric potential toward the centre of the device where they can fuse.

A hydrogen bomb is also a kind of inertial confinement but unsuitable for peaceful electricity production. Fusion material is compressed by an exponential fission reaction in surrounding material.

Muon-catalysed fusion is a hypothetical way of cold fusion. If you replace the electron in a hydrogen atom by muon which is 207 times more massive than an electron, the nuclei of such atoms could approach each other in a hydrogen molecule so close that the fusion could occur. But cheap muon production is an unsolved problem so far.

Bubble fusion is probably not a working fusion method. It was hypothesized to occur inside collapsing bubbles in liquid during acoustic cavitation, but has never been proven.