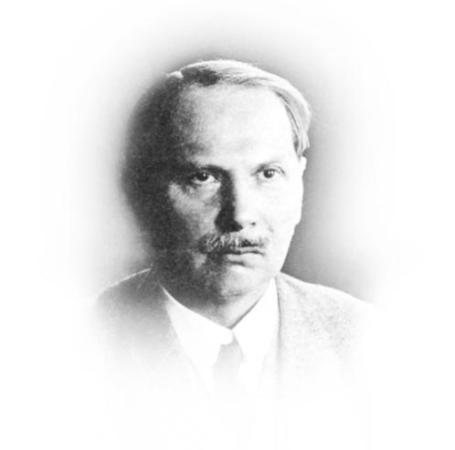 Viktor Kaplan was an Austrian engineer and the inventor of the Kaplan turbine. After graduating from the Vienna technical university, Kaplan worked in Brno as a design engineer at the Institute of machine theory, kinematics and engineering. In 1912, he published his work on a revolutionary water turbine, which was adapted for use in places with minimal heads and large flow rates. During his research, he not only relied on his theoretical groundwork, but also put into practice hundreds of experiments in which he was trying to find the best parameters for conventional Francis turbines. Finally, by optimizing channels between the blades of a Francis turbine, he arrived at a surprisingly shaped runner. It was very reminiscent of a ship propeller with variable pitch.

In total, Kaplan registered four patents for various turbine types. The first, successful installation of a Kaplan turbine was in a textile factory in Ulm, Germany, in 1918. It led to a quick spread of this technology throughout the world. Even though he had to fight opponents and competitors, which led to complete mental exhaustion, the Kaplan turbine design finally established itself. The turning point came in the year 1925 when a turbine of his design was installed in Lilla Edet, a big hydroelectric power plant in Sweden.

The Kaplan turbine is a reaction water turbine with variable pitch for both the guide vanes (or wicket gates), and the runner blades. It is suitable for hydraulic heads between 5 and 80 meters and rates of flow up to several hundreds of m3/s. The rotation frequency can be very well adjusted, which is why these turbines are used in places with variable rates of flow. It is more complex and expensive than the Francis turbine but has a higher efficiency: over 90%. Kaplan turbines are typically used in places with relatively high, variable rates of flow and lower hydraulic heads.

Water is led to the turbine via the penstock and through the guide vanes where it gains speed and alters direction. The runner is usually fitted with three to twelve blades and is reminiscent of a ship propeller. To accommodate to the actual rates of flow, the pitch of the runner blades is changed using a mechanism fitted inside the hollow axis of the runner. During rate of flow fluctuations, the pitch of the runner blades changes as to maintain the optimum angle of attack for the highest possible efficiency in low or high rate of flow conditions.

To reduce costs, some Kaplan turbines in smaller power plants may be fitted with fixed pitch guide or runner blades. This however, reduces their efficiency.

The turbines with the highest maximum operation flow (rate of flow) in the world, namely up to 636 m3/s with a head between 12.9 and 24.2 m, are the Kaplan turbines at the Gabcikovo hydroelectric power plant on the Danube river.