Nuclear Power Plants and the Environment 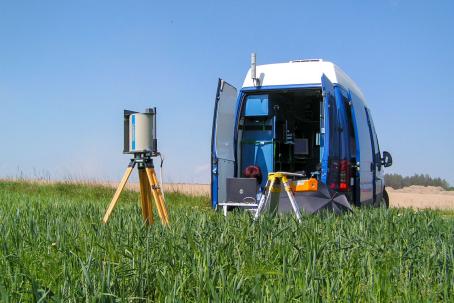 During the operation of a nuclear power plant, great emphasis is placed on radiation safety. The radiation intensity of radioactive substances near the power plant is regularly monitored.

A safely operated nuclear power plant is a facility with minimum impact on its surroundings, since it does not release any waste into the environment, apart from cooling water or steam. Since it does not produce CO2, it is not contributing to the greenhouse effect and thus it helps to fight climatic changes. Almost all the waste generated by a nuclear power plant is solid and its isolation from the environment is carefully implemented and strictly enforced. The nuclear energy industry might serve as an example to other industrial sectors in terms of its waste handling and its secure protection.

The operators of a nuclear power plant are required to deposit part of their profits into a special fund to be used for both the permanent storage of radioactive waste and management of its repositories, as well as for decommissioning the plant itself. 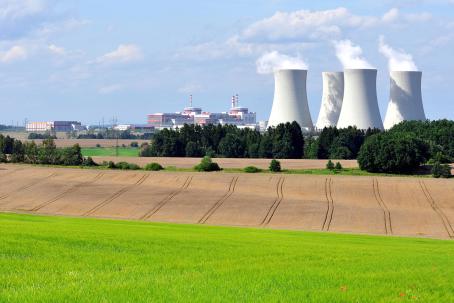 Two blocks of the Temelin nuclear power plant, located in the south Bohemian countryside, have a minimal effect on the environment. This has been verified by long-term measurements ever since the first reactor was commissioned in 2000. The power plant does not produce any CO2 and thus it does not contribute to the greenhouse effect.

The environmental impact of mining uranium ore is much smaller than that of mining coal, because much less uranium is required, per unit of generated electric energy, than with coal or other fossil fuels. No dangerous by-products are produced during the processing of the uranium ore to make nuclear fuel.

The operation of a nuclear power plant is very safe: only a minimum number of life-threatening accidents occur. The reason why safe operation is so important is that in case of a more significant release of radioactive material into the environment (highly unlikely), the surrounding area could be contaminated and harmed for a very long period of time. Nuclear power plant designers try to minimize this risk as much as possible.

Based on a Stuttgart University study conducted for the European Commission, the nuclear power industry together with the windmill power industry is the safest way to generate electric energy.

There is no study indicating an increased level of radiation in the vicinity of nuclear power plant during its regular operation.