The Processing of Radioactive Waste 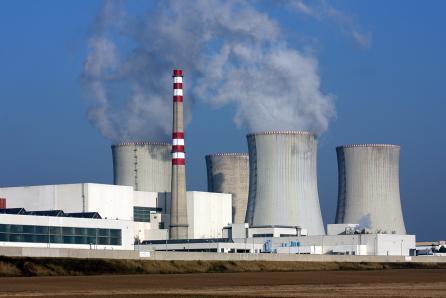 The majority of the gaseous radioactive waste is short-lived. All that is needed is to wait sufficiently long until it decays to stable elements that can be then released into the atmosphere by vents or smokestacks.

Radioactive waste must be safely isolated from the biosphere for the whole time it might be dangerous. However, the waste must be processed. Its state or composition must be altered in such a way that it is easier to reduce its volume (facilitating its storage), leading to a simpler separation of the radionuclides from the non-radioactive substances. This is important primarily for economic reasons because the less waste must be stored, the lower the associated cost. Lowering the volume is important especially for low-level waste: its volume is large, but it contains only a limited amount of radioactive isotopes.

In certain cases, the opposite approach to concentration and storage may be adopted. In the case of radioisotopes occurring also in nature (e.g. tritium, carbon 14C, etc.), they can be diluted to a concentration that is lower than the natural concentration and released into the environment. Such release of radionuclides is very strictly regulated.

After 50 years, spent nuclear fuel contains only 0.1% of its original radioactivity.

The Processing of Liquid Waste

Evaporation is the most effective method to reduce the volume of liquid waste. The resulting product is in the form of radioactive salts containing all the radionuclides; it is homogeneous and is easily handled as solid waste.

Methods of physical separation are used to separate out the solid components dispersed in a liquid. Following filtration or centrifugal filtration, evaporation is often employed to eliminate excess liquids. 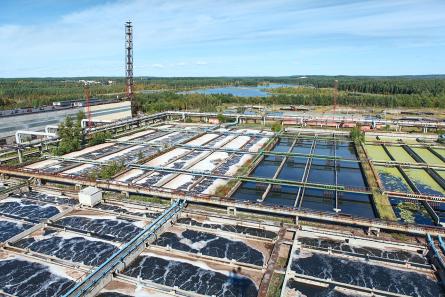 Similar to water treatment plants, for concentrating of liquid radioactive waste the following methods based on evaporation, flocculation, coagulation, filtration or using suitable microorganisms, are used.

This method is used to treat the water from a nuclear reactor’s primary circuit. Ion exchangers are porous polymer substances whose basic skeleton is electrically charged (most often synthetic organic substances primarily on the basis of styrene, polyacrylate, phenol formaldehyde resins, etc.) that binds ions with a higher affinity to the ion exchanger. Spent ion changers are handled as solid radioactive waste.

Following the processing by one or more of the procedures described above, the concentrated waste is fixed into a more solid form. A frequently used method is cementing, i.e., fixing in cement. Another possibility is bituminization (fixing in a substance similar to bitumen). This method is more costly, but because it is a hot process, additional water is evaporated from the waste making it even more concentrated. If neither cementing nor bituminization is suitable, fixation in plastics may be used (polyester, epoxide…) although this is more expensive.

Some microorganisms may also be used for cleaning purposes. They can be used either to separate toxic or biologic ingredients from radioactive waste (e.g. the bacteria strain Deinococcus radiodurans which is resistant to radiation) or to transform the radioactive substances in such a way that they can be more readily separated. 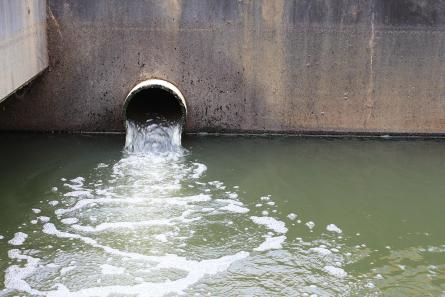 Radioisotopes that are commonly found in Nature do not need to be concentrated or stored. Dilution to a concentration below the naturally found concentration and subsequent release into the environment is sufficient.

Using chemical agents, radioactive components come out of suspension in the form of solid flock or flakes and the clarifying chemicals used may be then filtered out from the suspension. The degree of separation is in this case relatively low and thus this chemical procedure is usually combined with other procedures.

Some liquid waste (e.g. tritium) is diluted to a concentration below the naturally occurring concentration and is then released into the environment.

The Processing of Gaseous Waste

A significant portion of radioactive gaseous waste has a short half-life (from nuclear plants, this include halogens, noble gases, tritium, carbon 14C, and iodine). The simplest processing procedure is to keep these gases in a suitable pool for a period of ten half-lives and release them into the atmosphere after they have decayed into non-radioactive products.

These gaseous releases may still contain solid particles (aerosols). These may be filtered out and subsequently handled as solid waste or the radioactive substances may be separated using ion exchangers or bind them chemically to solid matter.

The Processing of Solid Waste 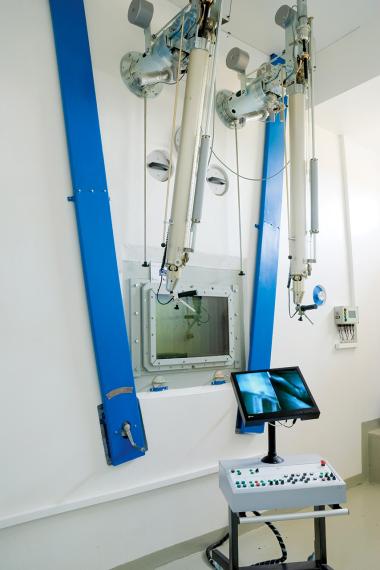 The properties of some harmful substances require their isolation and adequate handling. For this purpose, hot chambers, remotely controlled by special manipulators, are used.

The simplest procedure to increase the concentration of solid waste is pressing. Waste is often pressed into 200 liter barrels. If a method known as supercompaction is employed, the barrel itself is also compacted into a pellet. The volume is thus reduced by 80%. The handling of such compacted waste becomes easier.

The waste may also be incinerated if feasible. The result is a homogeneous ash and a significant reduction in its volume. The gases released during incineration are collected and handled as radioactive waste.

In 1978, a synthetic ceramic material, synrock, was developed. This material is capable of binding and immobilizing in its lattice almost all radioactive elements. Originally, synrock was made, to large extent, of titanium oxide (TiO2, rutile). Currently, there are many different forms of synrock made to match a given waste type that should be immobilized. 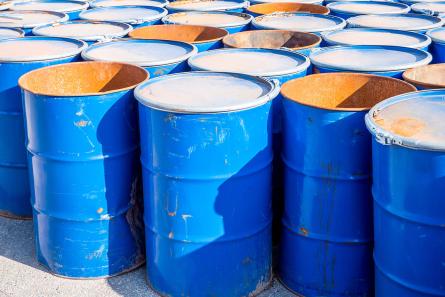 Non-combustible low-level solid waste is often pressed into ordinary 200-liter barrels. If the barrel containing waste is also pressed, the resulting super compact pellet may be then stored in a container and deposited in storage.

Solid waste is very often fixed in cement or bitumen. After processing, concentrated radioactive waste is fixed in a solid matrix and placed into steel, concrete, or copper flasks that are then deposited in a suitable repository.

This procedure is often used to handle the remains from the reprocessing of spent nuclear fuel but it could also be used for any crushed radioactive waste. The waste is mixed with glass-forming additives and melted at 1,200 °C to make silicone or borosilicate glass. Sometimes, the glass is coated with lead to improve its thermal conductivity. This glass is very durable and the waste is well fixed in it. Glass is one of the most resistant materials against leaching. Vitrification is thus a suitable procedure to process waste with a long half-life. 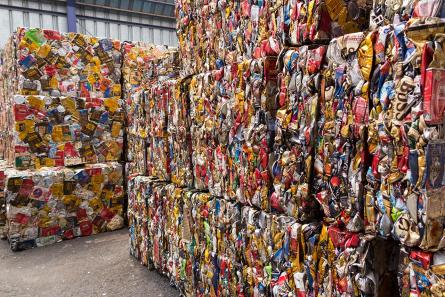 Pressing is the basic method of waste volume reduction; not only to process of regular waste, but it is also the simplest method to concentrate solid radioactive waste. 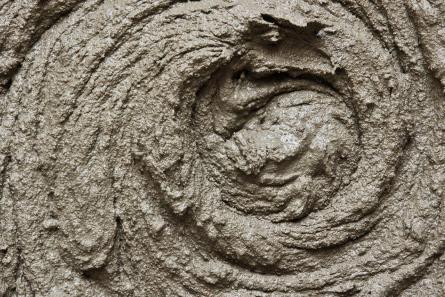 Solid radioactive waste is often fixed by cement mixed with concentrated liquid waste and cast into concrete or steel containers.

During vitrification, neutron absorbers (boron, gadolinium) are added to the reprocessed spent nuclear fuel in order to eliminate any possibility of the occurrence of a spontaneous initiation of a fission chain reaction in the concentrated nuclear material.