As soon as the radioactive waste is pressed, vitrified, bituminized, or cemented, the question of its final repository must be addressed. Man-made shallow repositories may be used for medium-level radioactive waste with a half-life of about 30 years. Flasks with waste are stored in concrete structures that are filled with soil and closed. 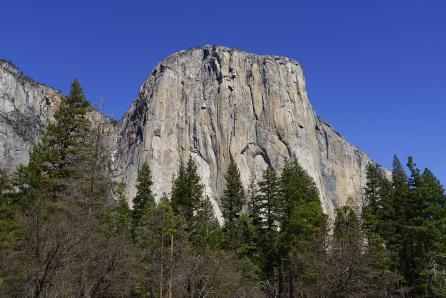 Permanent repositories for radioactive waste constructed in a granite massif and in geologically stable areas should remain unchanged for thousands of years.

For highly radioactive waste that is expected to emit harmful radiation for thousand of years, storage in a stable geological formation at a greater depth is required. This is agreed by all the experts on radioactive waste handling. The location of the final repository should also provide natural barriers so that an accidental release of radionuclides is prevented (clay, salt, gneiss, granite, tuff) and it must remain unchanged for the next ten thousand years. It should be a place without groundwater, and no danger of earthquakes, tsunami, glaciations, or flooding by seawater or by lava. Old mines are not considered since they have often been damaged by blasting and exhibit many geological fissures and faults.

Most countries still have not decided about their final repositories. It is quite likely that several states will share a single repository in the future.

Safety regulations for final repositories stipulate the implementation of safety measures so that even when the repository is destroyed and flooded, the environment is not exposed to radiation. The following barriers provide this safety:

Video: Model of the relationship between natural and man-made barriers employed for permanent storage of radioactive waste.

Finland and Sweden are considering storing waste in copper flasks that should last for a very long time. These flasks should be encased in bentonite.

Belgium intends to bury steel flasks into clay that will almost eliminate the threat posed by ground water.

France anticipates that with storage in clay, due to the generated heat, the temperature inside a repository might reach 90 °C.

The USA is considering placing a final repository in Yucca Mountain. The repository is drilled into a volcanic tuff, some 300 m under the surface. It is completely dry since the groundwater level is lower by another 300 meters. The flasks are not to be backfilled so that cooling by natural ventilation may take place. A previous project, placing a repository in the Nevada desert, was cancelled in 2010 for political reasons.

At the Waste Isolation Pilot Plant (WIPP) in New Mexico, tests are being carried out on possible waste storage in salt beds since they are guaranteed to be dry. Steel flasks cast into concrete are stored at a depth of 650 meters below the surface. 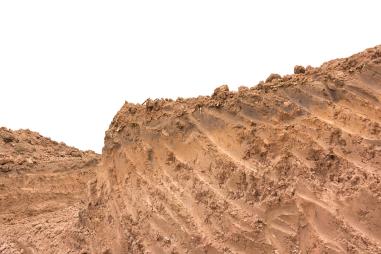 Clay is one of the natural materials that prevent the possible release of radionuclides into the environment.

Although the method of storing radioactive waste in underground repositories is new and untested, we can still learn from Nature.

Two billion years ago in Oklo, Gabon, a fission reaction was initiated in a uranium deposit. Each of the seventeen natural reactors had a power output of about 20 kW and operated intermittently for about two million years. Radioactive fission products were produced by these fission reactions. The fission products remained in place although they were neither vitrified, nor placed into flasks or concreted, and, moreover, water was passing through the rocks. The plutonium and transmuted uranium basically remained at the same location. “The fastest” radioactive elements moved by only a few meters in one million years.

Other areas where we can learn more about the behavior of radioactive elements in localities similar to future repositories is Cigar Lake in Canada and Morro de Ferro in Brazil.