The fission of a single 235U nucleus releases a small amount of energy, 200 MeV (3,2 10−11 J). However, in an average reactor (with thermal output of 3,000 MW) some 1020 nuclei decay per second. This energy must be somehow removed. Otherwise, the fuel pellets would melt. Moreover, we need this energy to be converted in a steam cycle to electric energy. The most common coolant used in nuclear power plants is water but they also use helium, CO2, molten sodium, lead, and fluoride salts. 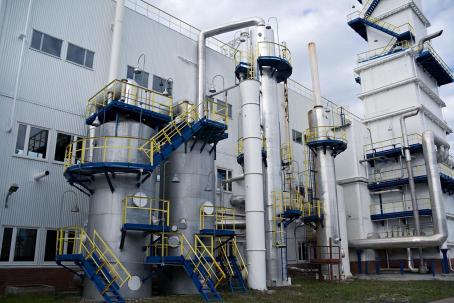 Helium is produced, together with other noble gases, in the industry by fractional distillation of air. However, some natural gas deposits are even more important sources of helium.

All reactors that use water as a moderator use it also as a coolant. Water in pressure water reactors (PWR) is pressurized to 7—15 MPa and its temperature is around 300 °C. In boiling water reactors (BWR), water circulates under ambient pressure.

Cooling by highly pressurized helium is advantageous since helium can be used directly in the Brayton cycle to power a gas turbine. Carbon dioxide, used in the older British reactors, has a higher heat transfer efficiency than helium.

Approximately 20 m3 of water passes through a PWR type nuclear reactor every second and it heats up by some 30 °C. 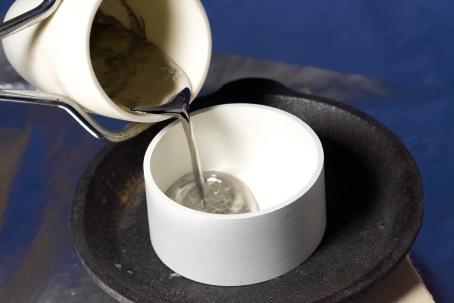 Lead or lead alloyed with bismuth is used in some fast reactors for cooling of the fuel assemblies. It does not slow neutrons down and it is safer than sodium.

Fast breeder reactors require a coolant that does not slow down the neutrons. That is the reason they use liquid potassium or sodium. These elements also exhibit good thermal and hydrodynamic properties and do not corrode the reactor vessel. Safer than sodium is lead or a eutectic alloy of lead and bismuth since these materials do not react with water and are not flammable in air. However, they corrode the steel and stainless steel parts. Molten fluoride salts may be also used. These types of coolants use water in the secondary cooling circuit, or less frequently, helium.

During operation, the temperature inside the fuel bundles is 1,000 °C.

The zirconium alloy that is used to make fuel coating melts at 1,852 °C.