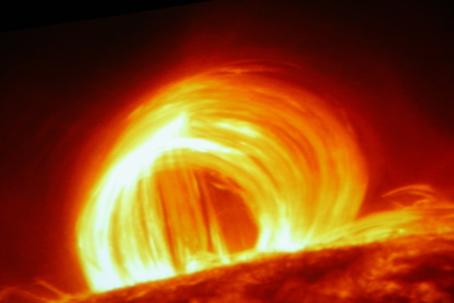 Plasma never behaves calmly and shortly after its creation begins to show an assortment of instabilities. Its smooth surface — as is usually drawn in artist’s impressions of tokamaks — is disturbed by kinks, loops, constrictions, wrinkles or in some cases by events resembling small solar eruptions. When such instability occurs, plasma has the annoying habit of magnifying it, so a small perturbation in the magnetic field leads to bigger perturbation in the magnetic field and instability increases. Instabilities could complicate plasma confinement and could lead to energy losses, so tokamak operators need to somehow deal with all of them. But the most important are the instabilities that could cause serious harm to the vacuum vessel by letting out significant amounts of energetic particles from the plasma column toward the vessel wall. For the ITER tokamak the most dangerous could be so called ELMs, Edge Localised Modes. This phenomenon was first observed in a German fusion experiment, ASDEX, in 1981 and usually occurs when tokamak enters H-mode, the regime with significantly better particle confinement. ELMs behave like solar flares, creating repetitive bursts of energy on the plasma edge. Though ELMs-free H-mode can be reached (it is called Quiescent H-mode), the one with ELMs is preferred. Plasma ejections toward the divertor and walls can help with the removal of impurities that would otherwise accumulate in the plasma core. The challenge is how to manage the ELMs so as not to do too much harm. Two ways of ELMs mitigation will be tried on ITER — resonant magnetic perturbations and pellet injection. 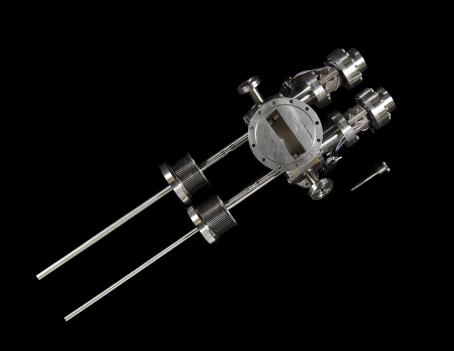 Resonant magnetic perturbation will be realized by a set of 27 special in-vessel coils. They will create a small magnetic field around tokamak that will slightly change the routes of some particles and throw them off course as they move around the magnetic field lines in the plasma. The same particles will then end up outside the field lines. This will decrease the pressure threshold at which ELMs are triggered and instead of one potentially damaging ELM a set of smaller ones arise.

Pellet injection is supposed to disturb the edge regions of the plasma by the injection of small pellets of frozen deuterium. This will decrease the magnitude of energy fluxes in one ELM while increasing their frequency. Such ELMs will be mostly harmless, effectively drain impurities from plasma while not causing erosion of the divertor and the first wall’s components. 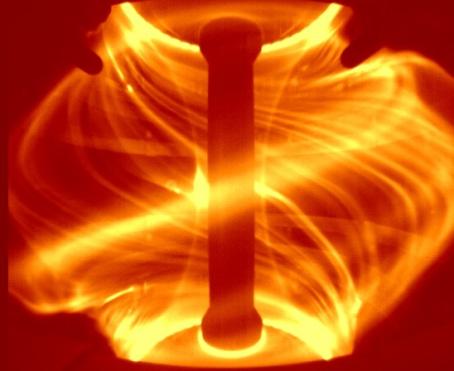 ELMs in the MAST tokamak.

The more dangerous threat facing the ITER comes from disruption. This event means termination of plasma discharge when some instability in the tokamak plasma grows to a point where there is a rapid loss of the stored thermal and magnetic energy. In normal stable fusion plasma fast moving electrons are slowed down by collisions. Their acceleration by an electromagnetic field and deceleration is in balance, but during disruption the slowing down effect is largely diminished and tokamak could act as a particle accelerator, accelerating electrons nearly to the speed of light. Such runaway electrons posses enormous energy and can cause significant damage to the interior surfaces, even melting the first wall. In order to mitigate runaway electrons during disruption there has to be a way to cool and slow down electrons in less than 5 ms when such a situation arises. This will be done by the injection of large pellets of frozen deuterium and neon. The biggest one is larger than a wine cork, but despite their size several pellets need to be fired at once to stop the worst-case runaway electron beam in the ITER. The system allows the injection of up to 32 pellets from equatorial ports at three different toroidal locations and three pellets from different upper ports. To ensure that the plasma can assimilate the content of huge pellets properly, the pellets are shattered into small pieces just before they enter the vacuum vessel. Another system could be DMS (disruption mitigation system), a gun that would deliver high-pressure gas puffs repetitively into the ITER plasma.