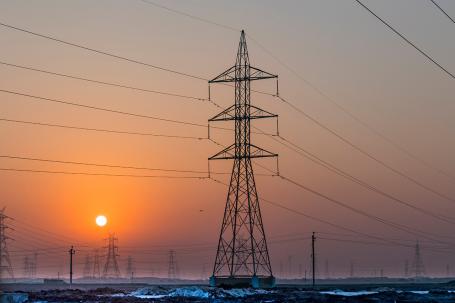 Countries all over the world are cooperating now on the experimental fusion reactor ITER, but when it comes to the prototype of the first electricity-producing fusion reactor, all countries are developing their own. They are not waiting for crucial results from ITER, which hasn’t started operation yet. The development of a brand new type of plant is a long-term venture, so they have already started with the design of the reactor. The majority of them dealt with the lack of data from ITER through two phases of operation. The first one comprises the building of the device and its experimental operation with low electricity production. During this, the ITER will produce valuable data and research results that will be used for rebuilding and enhancing the demonstration plant, so it could dramatically improve its performance and start to produce electricity in the second phase.

Generally, most projects plan to start construction around 2030 and to be connected to the grid and produce electricity around 2050. The location for reactors is not selected yet, except that it will be somewhere in the home country.

K-DEMO is a two-phase project in South Korea. Construction of the first phase is set for 2037. The K-DEMO will serve as a test bed for testing components and technologies and incorporate knowledge gathered by ITER. The great upgrade is planned for around 2050. After that, the second phase with a net electricity output of about 2,200—3,000 MW is expected. The reactor could then serve as a full-fledged power plant for several decades.

Japan’s project demonstration of a fusion power plant started with bold projects SlimCS and demo-CREST that assumed very high thermonuclear fusion output. But because such heat cannot be managed by current divertor technologies, a more modest project with a fusion power output of only 1,5—2 GW will be built first. The JA-DEMO power plant will have a net electricity output of around 200—300 MW. The conceptual design will be finished in 2025, followed by an engineering phase with intensive research and development. Construction should start in 2035, and the first plasma and first electricity are expected in 2050.

China is preparing the Chinese Fusion Engineering Testing Reactor (CFETR), which will be operated in two phases. Phase I with a modest fusion power of up to 200 MW has to reach steady-state operation and tritium self-sufficiency. Its regime will be mostly experimental — the power plant will generate less electricity than it consumes. In Phase II, which should start after 2040, fusion power output of over 1 GW is expected, and CFETR will become a full-fledged power plant. Around 2050, the construction of a prototype fusion power plant could start.

The European Union project EU-DEMO is in a conceptual design phase that should be completed before 2030. Design details depend on experimental results from ITER, so for example, the type of breeder or way of heat transfer is still under discussion. Engineering design should be finished by 2040 and reactor construction should be completed by 2050.

Britain is planning a demonstration reactor, STEP, based on the small compact spherical reactor design. Seven locations for its construction have already been chosen, and a final location announcement is expected soon. The plant could be completed in 2040.

India, Russia, and the United States are also planning their own demonstration fusion power plants.

Besides that, approximately two dozen private-sector companies are now aiming to develop their own fusion reactors. They are trying to develop an analogy to fission small modular reactors, hoping that small and cheap reactors will be more attractive to investors than costly behemoths like ITER.