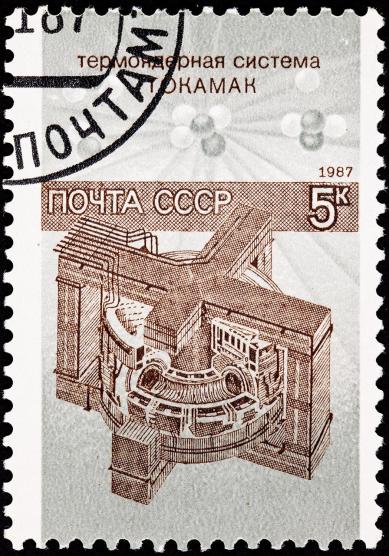 In 1950, while on military service in Sakhalin, the young Russian scientist Oleg Alexandrovich Lavrentiev wrote a letter to Stalin and the Central Committee of the CPSU in Moscow. In the letter, he described his ideas about the construction of a thermonuclear bomb using lithium deuteride and the possibility of using deuterium-tritium fusion held in a device by electrostatic confinement for energy production. The second part of the letter intrigued Andrei Sakharov. He thought about the device configuration, discussed it with Igor Tamm, and finally sent a concept of a new type of reactor to Igor Kurchatov, the director of the atomic bomb project within the USSR, and his deputy, Igor Golovin. The proposal was found to be interesting. The project was submitted to Lavrentiy Beria, who oversaw the atomic efforts in the USSR. Nothing happened for a while. Events took a turn after 1951 with Argentina’s announcement that it had achieved controlled thermonuclear fusion in project Huemul. Almost overnight, the Russian project for magnetic confinement fusion reactor development was established. Igor Golovin proposed the name “tokamak” (“TOroidalnaja KAmera i MAgnitnyje Katushki” — toroidal chamber and magnetic coils). The name tokamag was also suggested, but the name had connotations with magic and thus was never used. 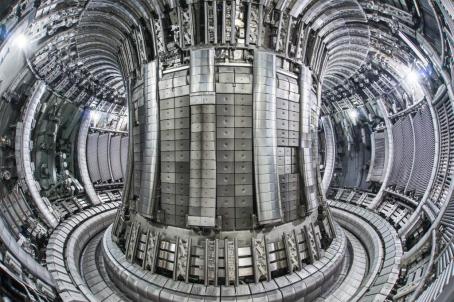 The first “table-top” tokamak used a ceramic vessel, which released too many impurities into the plasma. The second tokamak, the larger T-1 with a metal vessel, started operation in 1958. It also showed large energy losses due to radiation caused by impurities in the plasma. Other tokamaks were built, with great success such as the T-3, where plasma temperature reached up to 10 million kelvin. As the Russian scientists relied on indirect temperature measurement, their British colleagues wanted to be sure that the results are correct and went to Russia with a Thomson scattering laser for direct temperature measurement. The project, undertaken in the middle of the Cold War, was successful; the T-3 achievements were confirmed and published in 1969. What happened then was described as a “veritable stampede” of tokamak construction around the world. 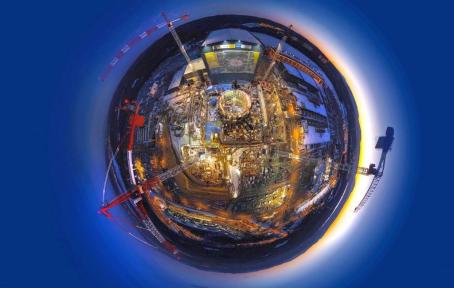 Many tokamaks were built. To name a few of them: CLEO (converted from stellarator, 1971, UK); TO-2 (1972, USSR); JFT-2 (1973, Japan); or TFR (1973, France). In the USA, the researchers were so amazed by the T-3 results that they stopped experiments on the Model C stellarator and rebuilt it in 1969 as the tokamak ST (Symmetric Tokamak). Ways of heating by microwaves were applied, as well as neutral beam injection. Tokamaks were equipped with a divertor, already tested on stellarators. It helped them remove impurities from the plasma’s edge. The future seemed bright for tokamaks. They were still not able to reach scientific breakeven, but a lot of knowledge was gained and calculations showed that a bigger machine with a larger plasma volume could solve a lot of the problems with instabilities. Also, there was a desire to try the deuterium-tritium reaction. Working with fusion is difficult because successful reactions produce a lot of neutrons and activate the chamber. The first machine equipped to handle tritium and sustain neutron loads from fusion reactions was TFTR (Tokamak Fusion Test Reactor) in the USA, which started operation in 1982. A year later, in 1983, the European project JET (Joint European Torus), at the time the biggest tokamak in the world, created its first plasma. It was also able to work with tritium. A third of the large “second generation tokamaks” was the Japanese JT-60 (1985). Both TFTF and JET were designed to reach breakeven. After attaining that goal, the bold plans supposed that a power plant could be designed. Both tokamaks failed to do so. JET came the closest to the scientific breakeven point in 1997, when it achieved Q = 0.67. This means that 67 percent of the energy injected into the plasma for heating was returned by the fusion reaction. This record has not been broken by any other tokamak yet. The big tokamaks were plagued by the same troubles as were previously discovered on smaller devices. Some problems were solved as expected by increasing plasma volume, but new ones arose. They had to cope, for example, with dangerous runaway electrons. These were first discovered on the TFR tokamak, where they pierced its vessel. The runaway electrons are generated during disruption (sudden plasma termination). Another problem was detected on the PLT tokamak (Princeton Large Torus) that found that confinement time decreases with increased heating. Steep temperature gradients lead to turbulence that mixes and cools the plasma. This was a serious problem solved in 1982, when the German tokamak ASDEX reached a mode of better confinement. A sharp gradient called a transport barrier was established on the plasma’s edge and cooling due to convectional turbulence was minimized. The new regime was called H-mode (High Confinement), and the previous, not so good, regime was named L-mode (Low Confinement). But, as is customary in fusion research, with good news came bad, in this case ELMs. Edge Localised Modes are intense energy excursions of plasma towards chamber walls that pose a serious threat. The second generation of tokamaks fought with them a lot. Many ways to mitigate ELMs were tried. It turned out that H-mode without ELMs was not the best option, although it was really reached on D-IIID in 2002, as ELMs served as a good means of transporting impurities toward the plasma’s edge. So the ELMs were only mitigated by special magnetic coils into a series of smaller, less harmful plasma jets. A lot of tokamak’s problems were finally understood, but their solutions would require an even larger machine. It was at this time when ITER entered the picture. The largest experimental tokamak ever build is almost finished thanks to the joint effort of seven members of ITER Association. Its results are awaited.