The History of Wind Power Utilization 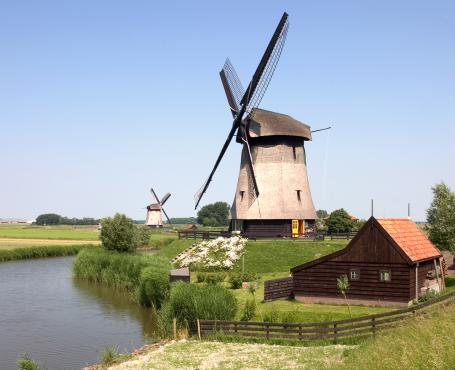 A windmill near the town of Alkmaar, The Netherlands, known for its cheese fairs.

Harnessing the wind for energy is not a new idea. It goes back to the ancient world. Along with water, wind was a valuable, renewable source of energy used for driving various machines. These were primarily mills to grind grain and irrigation pumps. The first mention of wind being used for irrigation comes from Mesopotamia 3,700 years ago.

In China, as well as in Persia, vertical axis windmills, while in Europe, somewhat later, horizontal axis designs that turned against the wind became more popular. The power of a mill depended on the size and number of blades on the wheel and on the area of the blades covered by sails. Windmills are most commonly associated with machines for grinding grain, but they were in fact used to power a range of machines, such as saws or trip hammers. The well-known windmills of Holland are actually water pumps.

The Beginnings of Energetic Use 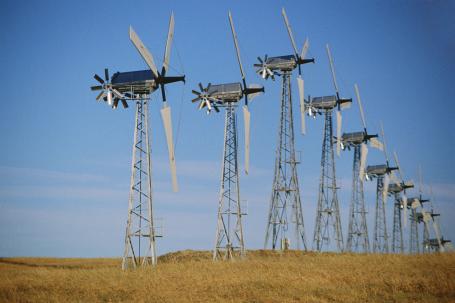 Wind turbines at a wind farm near San Francisco, USA.

The first structure to generate electric power from wind was the 1887 original wind mill designed by the Scottish engineer James Blythe. It was used to charge accumulators for lighting his cottage. Several months later, the first automatically operated wind power plant was built in Ohio, America, by Charles Francis Brush. The wind wheel drove a 12 kW direct current generator charging the accumulators in the first electrified house in Cleveland. The design of the turbine made it possible to manually stop it when winds were too strong.

In the early 20th century, power output of wind turbines gradually grew but until the thirties, wind power plants had been generating direct current only and were not connected to the grid.

A direct forerunner of today’s horizontal axis wind turbines was the turbine in Yalta, from 1931. With an output of 100 kW, the turbine was mounted on a 30 meter mast and supplied energy to the local 6.3 kV grid.

As a result of the energy crisis in the seventies of the 20th century, wind turbine research and development gained new momentum. Work started in the USA, Canada and Western Europe. Many innovations were implemented in the field of mechanics, aerodynamics, electronics and control mechanisms, which resulted in an increase of unit output to several megawatts and in a reduction of construction costs. Wind power plants or large wind farms became affordable for commercial power production.

Video: 3D model. A detail of a multi-bladed windmill

In 1920, the German physicist Albert Betz published an article titled “Theoretical Limit for Best Utilization of Wind by Wind Motors” in which he stated the so-called Betz’ law which determines the maximum possible efficiency of any wind turbine. The law states that regardless of design a turbine can convert a maximum of sixteen twenty-seventh of the energy of the wind into mechanical energy which is 59.26%. 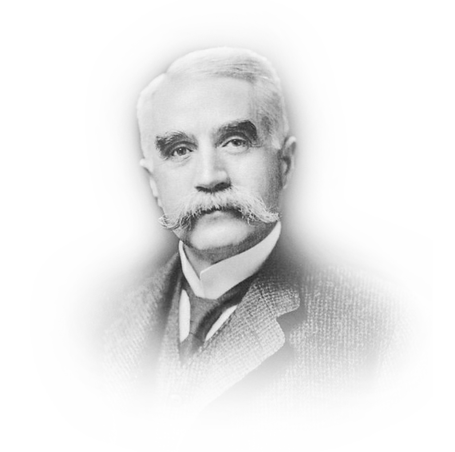 Charles Francis Brush was an inventor and manufacturer of electric arc lamps and a pioneer of electric lighting. He grew up and experimented on a farm near Cleveland. After his studies at the University of Michigan, he concentrated on designing the arc lamp. To power the lamp, he also designed a simple dynamo which he patented in 1878. He sold his arc lamp public lighting system to several larger cities. The lamps were easy to maintain and had twice the life span of the Yablochkov candle.

In 1882, the Brush Electric Company delivered the generators for the first hydroelectric power plant in the U.S. which was built at the St. Anthony Falls in Minneapolis. In 1888 Charles Francis Brush built the first automatically operated wind turbine in the world which drove a 12 kW dynamo. The structure was 18 meters high, 17 meters in diameter and its purpose was to charge 12 accumulators in Brush’s mansion. It was the first electrified house in Cleveland. The turbine worked for twenty years without any malfunction that would interrupt power supply to the house.