The important aim of fusion research is not only to understand processes in plasma but to master fusion energy for electricity production. Various approaches are being tested for these goals. The present research could be divided into two branches — the big and the small approach. The big one is the large national or international effort to build huge facilities with tremendous power and overcome technical challenges never faced before. The small approach is the intention of mostly private companies to make fusion devices reasonably small and affordable. This could be compared to the trend in the fission sector to move from large fission power plants to serial production of small modular reactors that can be transported on trucks.

The flagship of fusion behemoths is without doubt ITER, an international project for an experimental thermonuclear reactor being built in Cadarache, France. The seven countries of the ITER project collaborate to build a tokamak-type reactor with toroidal coils 17 metres high and a plasma volume of 840 m3. If everything goes as planned, the first plasma is expected in 2026. The power output should be ten times greater than the inserted energy, resulting in Q = 10. This could be the highest fusion energy gain factor for any type of fusion device. 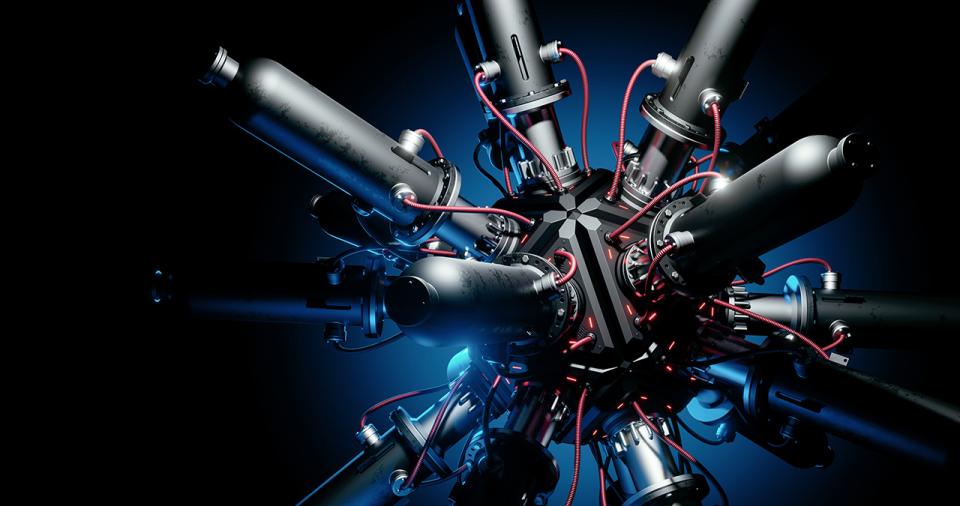 The next step after ITER should be the first demonstration power plant with electricity output. While ITER is a product of the cooperation of China, the European Union, India, Japan, Korea, Russia, and the United States, each country designs its own demonstration power plant. The general plan is to start building work around 2030. The devices will not wait for results from ITER, but they will use the first phase of operation for testing various methods and approaches and continuously incorporate knowledge generated by ITER. Then the DEMO plants will undergo major reconstruction and upgrading. After that, they should be able to operate and produce electricity like full-fledged power plants. This is expected around 2050.

Currently, several dozen tokamaks are operating around the world. To name the big ones, EAST (2006, China); WEST (2016, France); JT-60SA (2020, Japan); K-STAR (2008, Korea) and still operating JET (1983, UK) should be mentioned. They are producing interesting results, achieving plasma parameters nearly suitable for power plants. Some of them are testing superconducting coils and new materials for vessel and divertors that could be able to sustain high heat loads. In 2021, EAST reached a milestone of 120 million kelvin electron temperature for 101 seconds. Longer pulses are expected from them, as long pulses (or, in the best case, a steady-state regime) are critical conditions for a successful power plant. The smaller tokamaks cannot be omitted as they provide basic research that could not be done on the large machines for various reasons, and provide them with necessary data about plasma behaviour or material properties that can be used in the larger machines’ construction and operation. For example, the use of high temperature superconductor ReBCO was first tested on one of the smallest and oldest tokamaks in the world, the school tokamak Golem from the Czech Republic.

In stellarator research, promising results were achieved on the German modular stellarator Wendelstein 7-X, completed in 2015. It reached a particle density suitable for fusion power plants and a temperature of about 20 million kelvin. After replacing its first wall panels with water-cooled carbon-fibre-reinforced-carbon tiles for better heat removal, half-hour long pulses are expected. The Japan stellarator of heliotron configuration LHD is capable of temperatures of up to 120 million kelvin and holds the record for a pulse length of over three-quarters of an hour (2,859 seconds). Both are in the ramp-up phase and their best performances are yet to come.

In the project HiPER (High Power Laser Energy Research Facility), European inertial fusion researchers will investigate the properties of fast compressed targets using Laser Megajoule and PETAL lasers in France or PALS in the Czech Republic. This method could increase fusion gain with a smaller laser than conventional ICF designs use. The USA is concentrating on experiments at the National Ignition Facility. This laboratory reached ignition state in an experiment conducted on December 5, 2022, with a 3.15 MJ fusion power output and a fusion energy gain factor Q = 1.5. Its previous record was 1.3 MJ in 2021, and in 2022 it reached a burning plasma state, when the energy required for fusion was primarily derived from the resulting alpha particles. The task of converting ICF into a power plant is still facing many technical challenges, like continuous production of target pellets and their fuelling into the reaction chamber, but the scientific community remains optimistic about it.

Of the private companies that are trying to develop affordable fusion, one can name Tri Alpha Energy, which relies on beam-driven reverse-field-configuration. Their Norman reactor reaches 50 million kelvins of hot hydrogen plasma. It aims for aneutronic proton-boron fusion.

The Canadian company General Fusion is developing a steampunk-looking device based on a magnetized fusion approach. The collapsing vortex of liquid metal will compress injected plasma with a reverse-field-configuration (spheromak) to the fusion temperatures.

Another private company, Helion Energy, declares that their device, Trenta, achieved 100 million kelvin. The technology is based on magneto-inertial fusion, where two self-sustaining plasma toroids (spheromaks) collide, producing a fusion reaction. The company’s final goal is aneutronic fusion, and it would like to produce electricity directly from changes in the magnetic field caused by expanding plasma.

ST40 is a spherical tokamak built by Tokamak Energy in the United Kingdom that reached 100 million kelvin in 2022. The tokamak uses high-temperature superconductors as the coil material. Another reactor using high-temperature superconductors will be the ARC fusion reactor built by MIT. Its configuration could produce comparable magnetic field strength in a smaller configuration than other designs.

The United Kingdom has announced a planned fusion facility STEP (Spherical Tokamak for Energy Production) that should be able to produce electricity in 2040.