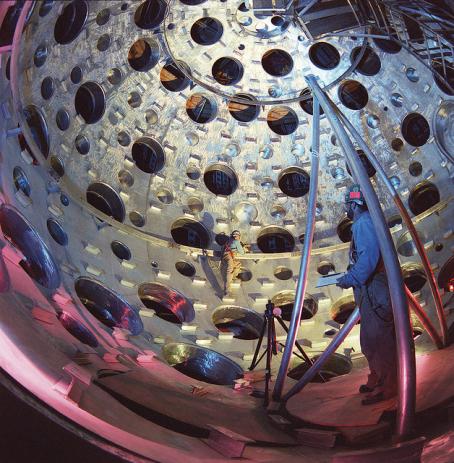 The first successful demonstration of inertial fusion confinement was the detonation of the thermonuclear bomb Ivy Mike in 1952. Such a bomb consists of two parts: “primary”, where the fission takes place, producing a lot of X-rays and radioactive fallout, and “secondary”, containing fusion fuel. X-rays from the primary are trapped inside the secondary casting, compressing and heating the fusion fuel. Besides military use, there were attempts to use the great power of hydrogen bombs for peaceful purposes. Project Plowshare has tested several ways, but none has been shown to be usable. While working on the project, John Nuckolls calculated that if the amount of the fusion fuel is less than a milligram, the energy needed for compression and ignition is so low that something else than fission explosion energy could be used. Several types of drivers were considered, including pulsed power machines, charged particle accelerators, plasma guns, and hypervelocity pellet guns. Since the laser’s invention in 1960, lasers have been the most used driver for inertial confinement fusion. The first indirect drive was proposed, trying to mimic X-ray compression inside the H-bomb. Ray Kidder later came up with the concept of direct drive. Inertial fusion research has been fuelled not only by the desire for clean energy but also by the potential to reveal processes occurring inside thermonuclear bombs without the need to detonate one.

The first laser that compressed a D-T target and ignited fusion was the Russian laser Kalmar in 1971. The Janus laser of Lawrence Livermore National Laboratory followed in 1974. It was difficult to focus many laser beams on a target that was only a few millimetres in size. The problem was solved with Long path and Cyclops lasers. The Argus laser has a very large beamline with many beam-smoothing optical devices along its path. The smoothing was so successful that it was often referred to as being “the savior of laser ICF”. The energy of lasers still seems insufficient, so other, more powerful lasers were built. The Shiva laser was completed in 1977, and its 20 beams were able to deliver 10 kJ of infrared light. It was enough for fusion ignition, but not for scientific breakeven. The Rayleigh-Taylor instabilities mixed the compressed pellet, stirring hot and cold parts of the fuel. Also, energetic electrons causing premature heating of the pellet interior were a problem, complicating compression and thus leading to low fusion yield. Troubles with energetic electrons were solved in the 1980 conversion of infrared light to ultraviolet. 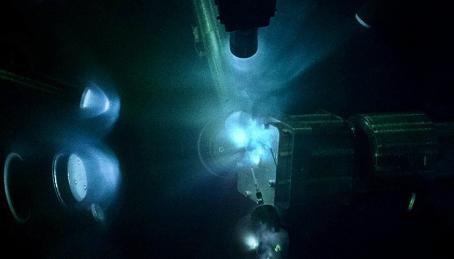 In 1994, the method of fast ignition appeared. With this technique, the target material, already compressed by a nanosecond long pulse, is ignited by a powerful picosecond pulse of another laser aimed directly at the target core via a metal cone protruding from the target. The European project HiPER investigated fast ignition because it could result in higher yields with a smaller laser than the traditional arrangement. In Japan, construction of the petawatt laser LFEX (Laser for Fast Ignition Experiment) began in 2003 to probe the fast ignition concept.

The cooling effect of Rayleigh-Taylor instabilities demands larger and more powerful lasers. In 1997, the construction of the world’s most powerful laser started. The National Ignition Facility reached full capacity in 2010, delivering more than 1 megajoule onto a target with its 192 beams. In Britain, the Orion laser fired for the first time in 2010. The Chinese Shenguang III laser started operation in 2016 and near Bordeaux, the European project LaserMegajoule was commissioned in 2014. From these facilities, NIF reached and surpassed the scientific breakeven point on December 5, 2022, with 3.15 MJ of fusion power output and a fusion energy gain factor Q = 1.5.