Most important inertial fusion facilities in the world 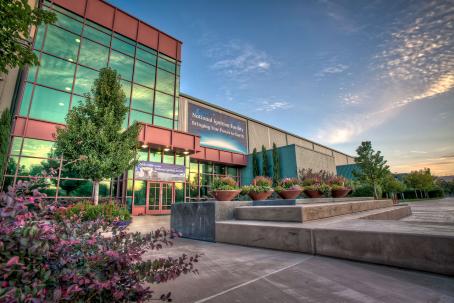 The National Ignition Facility (NIF), located at Lawrence Livermore National Laboratory near San Francisco, USA, hosts the world’s biggest and most precise laser system. Its 192 laser beams could deliver more than 2 million joules of ultraviolet energy to the peppercorn-size target in a billionth-of-a-second long pulse. The peak power is up to 500 terawatts. The laser amplifiers are located in a ten-story building on an area of about three football fields. From its origin to the destination in the centre of the target chamber, the laser has to travel about 1,500 meters. The journey takes only around 5 microseconds. The NIF specialises in indirect fusion, where lasers fire into the interior of a cylinder called hohlraum. It starts to produce X-rays that compress the fuel pellet placed in the centre of the cylinder. NIF was built in 2002, reached full operation in 2010, and is capable of about 300 shots per year.

In August 2021, NIF achieved 1.35 MJ of fusion energy output, breaking the previous record held by tokamaks. The important goal of fusion research, the ignition state in which more energy is released by fusion than is inserted, was reached by NIF in December 2022 by releasing 3.15 MJ. 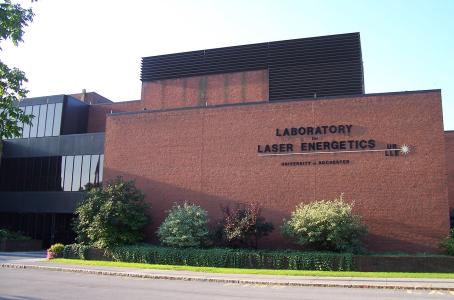 The Laboratory for Laser Energetics of the University of Rochester, located in Brighton, New York, USA, operates OMEGA and OMEGA EP lasers. OMEGA was built first and in 1995 became the world’s highest energy ultraviolet laser. Its 60 beams are able to deliver 40 kilojoules at up to 60 terawatts. The maximum fusion yield of OMEGA so far is about 1014 neutrons per shot, and it once held the record for the highest neutron yield of any inertial confinement fusion device.

The neodymium-doped glass laser OMEGA EP (EP stands for Extended Performance) equipped with four independently-configurable beamlines was finished in 2008. Each of its beams can deliver 0.5 terawatts of energy. Two of them can be compressed for short-pulse operation, and the combination of short and long pulses provides high variability in experiments. The research facility specialises in direct drive fusion, trying to compress the fuel capsule without using hohlraum. The device is capable of 7 to 8 shots per day.

A Laser Megajoule is a research device located near Bordeaux, France. As its name suggests, it is able to deliver 1.4 megajoules of energy to its target. The peak power of its 176 beamlines is up to 400 terawatts. This enormous power is aimed at a small target in the rugby-shaped hohlraum as this device focuses on indirect drive. The laser serves not only for thermonuclear fusion but also for astronomy, planetology, medicine, and also for military purposes. The device started operation in October 2014 and experienced its first fusion in 2019. Later, another laser named PETAL with petawatt power was built and started operation in 2017.