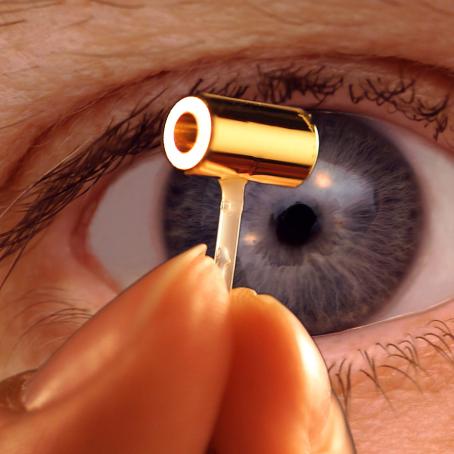 The fuel for inertial fusion is deuterium and tritium. Both are isotopes of hydrogen. Deuterium is a stable isotope with one neutron and one proton in its nucleus, while tritium is a radioactive isotope with one proton and two neutrons. At room temperature, both are in the form of gas. A special capsule is used to contain hydrogen so it can be used as a target for inertial fusion lasers. The surface of the target pellet can be made from various materials. The most common material is a thin plastic membrane (CH polymer), but glass or beryllium could also be used. The shell wall can have multiple layers and its thickness can vary from a few to several hundred micrometers. This target surface is called an “ablator” because it will be ablated during a laser pulse and its explosion compresses the content of the target. The surface of the ablator has to be extremely smooth. Any unevenness in the surface will result in asymmetric compression. The typical surface roughness must be less than 100 nanometres (10−7 m). For comparison, human hair is more than a thousand nanometres thick. The typical size of the target pellet varies from around 0.5 mm to 5 mm in diameter and contains a few milligrams of fuel. 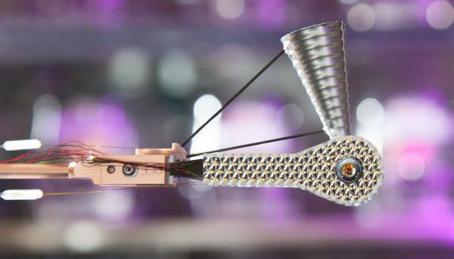 Hohlraum with cone for fast ignition.

The fuel gas, typically a deuterium-tritium mixture or pure deuterium, is pumped under the ablator membrane. To ensure homogenous distribution of material, the pellet is then frozen and a thin layer of solid hydrogen is formed on the inner side of the ablator. The centre of the pellet contains hydrogen gas. To ensure a smooth surface, frozen deuterium fuel is irradiated by a low-power infrared laser. The mixture of deuterium and tritium is “self-smoothing” because of the small amount of heat generated by tritium decay. The composition and shape of the inner parts of the target are controlled by X-ray microscopy or even X-ray tomography to be sure that the target is as smooth and homogenous as possible. Before use, the target is stored under controlled conditions below zero to keep the fuel layer intact. 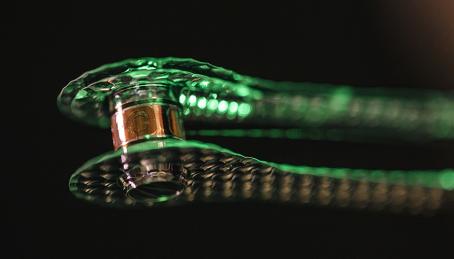 In the indirect drive method, the fuel pellet is placed inside a special metal cylinder called a hohlraum (cavity in German), made from lead, gold, or gold-coated uranium. Both ends of the hohlraum are open; here will enter laser beams aimed at the cylinder’s inner walls. After an intensive laser pulse, the walls start to produce X-rays. As the hohlraum is effectively a resonant cavity, the X-rays will uniformly fill the cavity and symmetrically compress the target suspended in the hohlraum centre on plastic strings. The inner surface of hohlraum has to be as smooth as possible with a surface roughness of fewer than 100 nanometres. This places high demands on fabrication. 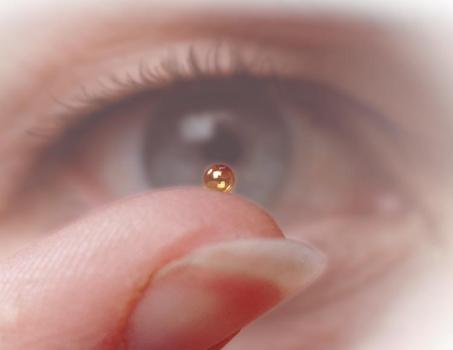 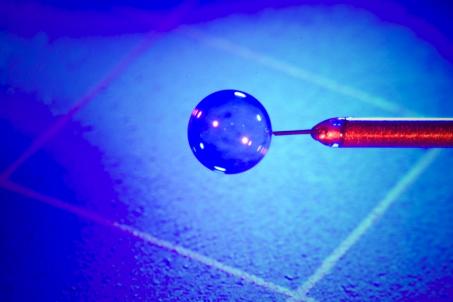 The position of the target in the centre of the chamber is also crucial and has to be perfect on a nanometre scale. The precise target handling system is used for control of its position and cooling it to around 18 Kelvin.

The target capsule as well as the hohlraum are single-use devices. They will be destroyed by thermonuclear fusion energy, and for the next experiment, new ones have to be manufactured. The cost of one target is estimated to be around 2,500 USD.