Safety is a paramount task for all types of power plants, and the fusion one will not be an exception. 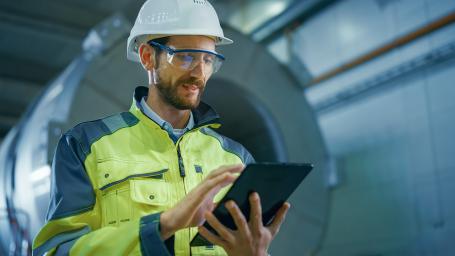 Electricity production must be safe for its operators, the surrounding community, and the environment. The fusion power plant will produce no emissions, no pollutants, and a small number of radioactive materials that will be kept on-site.

The power plant could be divided into two parts; the reactor section and the rest of the plant, where the heat is converted into electricity. As this will be ensured by the steam turbine, this part of the power plant will contain nothing brand new, and safety will be secured by many proven methods.

The fusion part of the power plant will be a completely new experience, but we can be sure that the fusion power plant will be very safe. It is hard to create optimal conditions for fusion reactions, and the moment the conditions are not perfect, the reaction stops. There can be no “uncontrolled fusion reaction”. In the case where the conditions become so bad that the whole plasma discharge is terminated, the released energy is too small to do any harm to the power plant or its surroundings. The amount of fuel inside a vacuum vessel in one single moment is very small.

The energy released during disruption, abrupt plasma termination, could damage some in-vessel components like first wall panels, divertor, or in worst cases, punch holes into the vessel or cooling pipes. A power plant has to be prepared for such a situation. The best of all is not to allow any disruptions. The plasma behaviour and parameters are watched carefully and any slight deviation is corrected in real-time. Plasma position and shape can be adjusted by correction coils or poloidal coils. Some parts of plasma can be intentionally cooled by firing pellets made from materials with a high atomic number. Other parts could be heated by a precisely focused neutral beam or microwave radiation. If despite all efforts, data shows that disruption is inevitable, there are ways to provide plasma with a “safety landing” and release its accumulated energy in a safe manner. Particles could be persuaded to get rid of their thermal and kinetic energy by the injection of large pellets of material with a high atomic number. Plasma particles begin to collide with new atoms and give them energy. Heavy ions will use such added energy to excite (electrons will jump to higher orbits) and then release it in the form of harmless electromagnetic radiation and de-excite. This process, repeated many times, significantly cools down the plasma and allows its safe termination.

The plasma could vanish not only because of instabilities but also because of the absence or wrong shape of the confining magnetic field. When the current inside plasma, either induced or self-induced, changes or disappears, it will also lead to plasma termination. Briefly, the fusion power plant operators will have to occasionally cope with situations when the fusion is not taking place, and never with situations when it goes on uncontrollably.

The power plant is also prepared to handle an accident on some of its many cooling circuits. Without cooling, in-vessel components such as first wall panels or divertor, which are red-hot to several thousand degrees, may begin to melt. This is prevented by backup cooling, emergency cooling, or a pressure suppression chamber where hot steam arising from a leaky cooling circuit is diverted. Most technologies to manage such loss-off-coolant-accident are already in use in fission power plants.

A superconducting magnet could be threatened by a situation called a “quench”. This happens when superconductivity is suddenly lost (e.g., because of loss of coolant, but there could be many causes) and the magnet returns to its normal resistive state. The accumulated energy could be transformed into heat and damage the magnet. For this case, the coil winding incorporates not only superconducting wires but also a lot of copper wires, which could drain the energy quickly out of the coils when the quench situation arises.