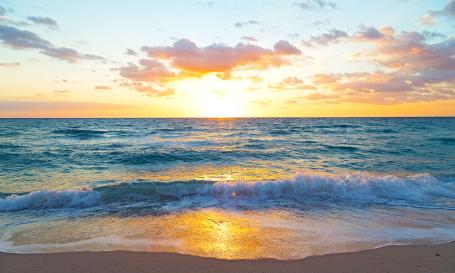 Thermonuclear fusion needs fuel. It was decided that the first reaction that will be ignited on Earth and used for commercial electricity production will be the reaction of deuterium and tritium. Both are hydrogen isotopes. Deuterium is a stable isotope with one neutron and one proton in its nucleus, while tritium is a radioactive isotope with one proton and two neutrons. The “average” hydrogen molecule with a single proton in its nucleus is called a protium. Hydrogen is an abundant element, most easily obtained from the electrolysis of water. In seawater, one in 6,000 hydrogen atoms is deuterium. This is separated by multistage distillation or electrolysis. The Earth holds huge supplies of deuterium. It is estimated that in seawater alone, there is about 4.6 × 1013 metric tons of deuterium. Tritium is the trickier part of fusion fuel. As a radioactive isotope with a half-life of 12.3 years, it cannot be stored for a prolonged time and, moreover, is extremely scarce on Earth. The tritium is generated by cosmic rays in the upper parts of the atmosphere. Small amounts of it are diluted in water as remnants from nuclear tests. It could be created artificially in CANDU-type reactors, but global annual production is only a few kilograms. This is not sufficient because the average fusion power plant will need around 100—200 kg of tritium per year.

Fortunately, the tritium could be “transmuted” from lithium, a metal abundant in the Earth’s crust. When the deuterium-tritium reaction takes place, helium nuclei and neutrons are produced. The neutron is not captured by the magnetic cage and hits the vessel wall. Instead of the wall, it could smash into a lithium6 atom. The resulting 3 protons and 4 neutrons are then rearranged into one atom of helium (2 protons and 2 neutrons) and one atom of tritium (1 proton and 2 neutrons) while energy is released. The process is called tritium breeding and will serve as a source of tritium in fusion power plants. The special breeder will be mounted on the vacuum vessel walls and filled with a mixture of lithium and a neutron multiplier. The latter is necessary because we want to gain more tritium atoms from one neutron. The typical neutron multiplier is lead or beryllium. The mixture of lithium and neutron multiplier could be liquid, flowing through pipes incorporated into the breeder panel, or solid in the form of pebbles. The ITER reactor will test both types of breeders.

Most of the DEMO designs are calculated with solid breeders that have to be replaced once a year. The breeder will be composed of many separate compartments filled with cooling pipes and a mixture of pebbles containing lithium (e.g. Li2TiO3) and neutron multiplier beryllide (e.g. Be12V). After removal from the fusion reactor, the breeder will be transported to the tritium building. The tritium will be recovered from lithium pebbles by gas purges, then purified and used as fuel in a 50 : 50 mixture with deuterium. The used breeder, activated by neutrons, will be placed in a storage pool.

Refuelling will be done continuously. The task is to get fuel into the plasma core. This cannot be done by slow gas puffing. The inserted particles will be ionized after contact with the plasma edge and then will not pass through the magnetic cage to the core. The idea is to give particles enough velocity that their inertia will help them to reach the core before ionization. The deuterium-tritium mixture could be puffed at high speed or fired by a special gun in the form of frozen pellets.