Plasma contains unwanted impurities that could impair its heating. Those impurities could be helium ash from fusion reactions, metal atoms from vessel walls or remnants of the atmosphere. When heavy ions gain energy during heating, they use it for excitation of remaining electrons (electrons jump into higher orbits) and then these electrons turn excess energy into radiation that is uselessly emitted into space. To reduce such heat losses, heavy ions have to be removed from the plasma. Most tokamaks are equipped with a divertor, a special device on the bottom of a vacuum vessel that collects and removes impurities from plasma. The idea of a divertor was invented in early fusion research in the 50s. A poloidal coil placed on the bottom of the vessel creates a small elongation of the magnetic field that leads particles from the plasma edge toward the collector plates and vacuum pump. In modern tokamaks, the magnetic field cross-section is shaped into the “D”. In the lower part of the “D”, the magnetic field is crossed (this is called the X-point) and “legs” from that crossing are heading toward divertor plates. Beneath them, vacuum pumps are located to exhaust collected particles from plasma. 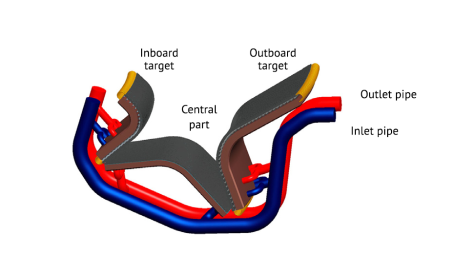 As particle flux is aimed at the divertor, its surface is subject to extreme heat load. This could be even more extreme during disruptions. The plasma instantaneously collapses in several milliseconds, often because of instabilities. In such a case, the energy stored in the plasma falls on the divertor, and the heat load is estimated to be several hundred or several thousand times more than that in normal operation. To withstand such harsh conditions, materials with the highest melting points are selected, like beryllium or tungsten. Tiles from this material are placed on a stainless-steel body. For long operation with a lot of heating energy infused into plasma, the divertor has to be cooled. Cooling pipes are inserted into the divertor body. The shape and position of the divertor have to be accurate to millimetres, or even sub-millimetres. Any inaccuracy in divertor shape would result in a too high thermal load on such a place and could lead to divertor damage. Even so, the divertor is the most thermally stressed part of the tokamak. 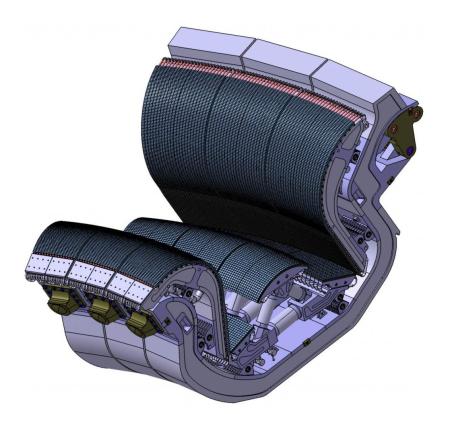 An alternative to the divertor is the use of limiters, a solution for small tokamaks in the 60s and 70s. The limiter is a piece of metal, usually a ring, protruding a bit from the vessel wall into the plasma. The particles escaping magnetic confinement smash into the limiter before they can hit and damage the vessel wall. A vacuum pump located near the limiter could evacuate these particles from the chamber. But collisions of energetic particles with limiter cause the release of limiter material back into plasma, increasing the amount of impurities. 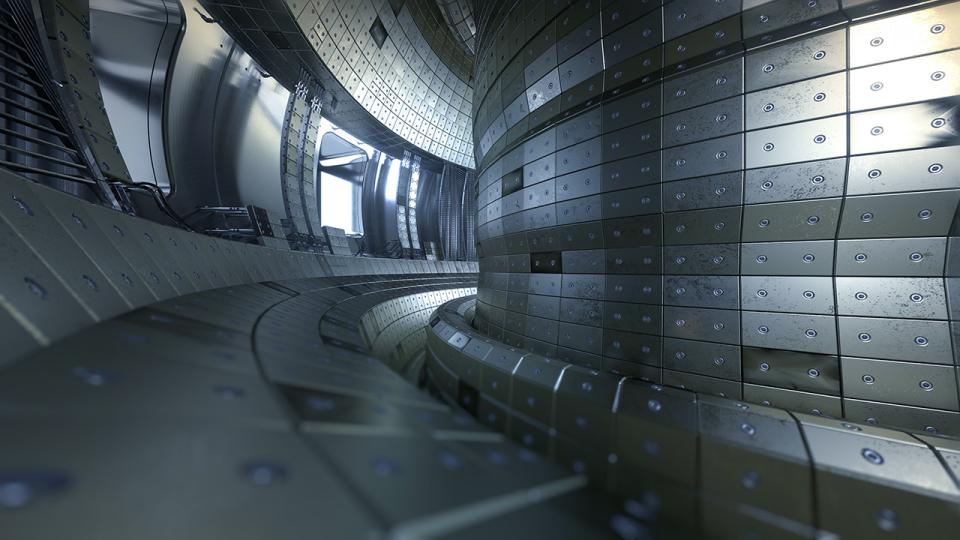