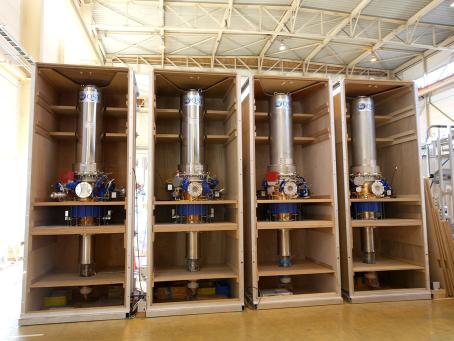 Successful deuterium-tritium fusion reaction requires 150 million Kelvin, a temperature that is not easy to reach. In the very beginning of a plasma pulse, when the gas is not fully ionized yet, the plasma heats itself by Joule heat (ohmic heating resulting from plasma resistance) but for temperatures higher than 10 million Kelvin plasma resistance sharply decreases and ohmic heating is no longer an option. Three different systems for external heating will be installed on the ITER and will work in cooperation to heat plasma to the desired fusion temperature — neutral beam injection, ion cyclotron heating and electron cyclotron heating. They will also provide current drive that is necessary for maintaining long pulses and in a fusion power plant to keep a steady state operation. 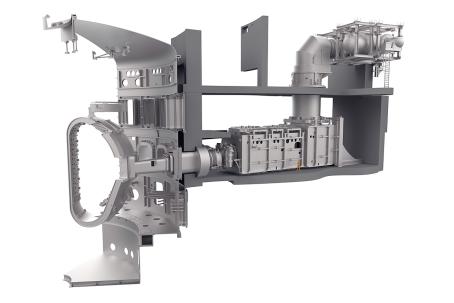 Neutral beam injection is based on shooting high energy particles into the plasma, where they pass its thermal energy through multiple collisions with plasma particles. The ITER will be equipped with two heating neutral beam injectors, one smaller neutral beam injector for diagnostic purposes, and has a place for a third heating device if needed. These are monstrous machines sized like steam locomotives — 25 metres long, 5 metres high and 5 metres wide — with a chimney-like bushing reaching up 9 metres to connect to the openings on the third floor. Each one will deliver a deuterium beam of 16.5 MW with particle energies of 1 MeV. The neutral beam injector is in fact a particle accelerator where deuterium ions are accelerated by an electric field. Before entering the plasma, they need to be neutralized, because charged particles will be deflected by a magnetic field and prevented from entering the plasma core where their energy is most needed. The large plasma volume at the ITER will impose new requirements on this proven method   the particles will have to move three to four times faster than in previous systems (more than 10,000 km/s) in order to penetrate far enough into the plasma, and at these higher rates the positively-charged ions become difficult to neutralize, so negative ions will be used for the first time. Those ions will be created by adding some extra electrons to atoms, not by stripping them as usual. Although the negative ions will be easier to neutralize, they will also be more challenging to create and to handle than positive ions. The neutral beam injectors will be capable of functioning through the whole plasma pulse of up to 3,600 seconds. 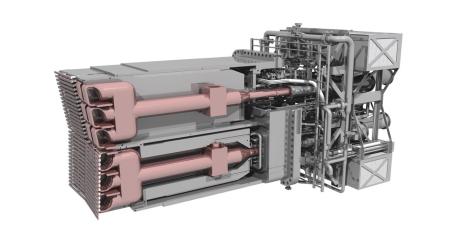 Ion cyclotron heating use radio waves in frequencies corresponding to ion cyclotron frequency (40 to 55 MHz). When ion absorbs such waves it increases its kinetic energy. Emitting antennas will be about 3.5 metres long, with a cross section of 2 × 2 metres and a weight between 45 and 50 tonnes. They will occupy two of the vacuum vessel’s equatorial ports. The system will deliver 20 MW of energy (corresponding to the power needed to heat 2,000 houses during a European winter) to about 1 gram of plasma thus raising its temperature very high and very quickly.

Electron cyclotron resonance heating transfers heat to electrons by electromagnetic radiation at a frequency of 170 GHz, the resonant frequency of electrons. Electrons could then pass their energy to ions by collisions. This system could be used for depositing energy in particular places of plasma thus minimizing the rise of certain instabilities that could cause the cooling of plasma. High-frequency electromagnetic waves of the ITER’s electron and ion cyclotron heating systems will be generated in the Radiofrequency Building.

Ultimately, researchers hope to achieve a state of “burning plasma” where the energy of helium nuclei produced by fusion reaction will be sufficient to maintain plasma temperature. External heating systems than could be turned off. This is unlikely to be reached at the ITER, but it will be necessity for a power plant.