All light elements and their isotopes could be used as a fusion fuel, but when talking about the use of nuclear fusion as source of energy and electricity, some types of fuel are more suitable than others.

The first criterion is whether it is possible to ignite such a reaction. The Sun core has about 15 million Kelvin and other reactions need even higher temperatures.

Least, but not last are the products of the reaction. If neutrons are created, they cannot be trapped in a magnetic field cage because they don’t have an electric charge and by hitting the equipment of the fusion reactor, they activate it and it becomes radioactive. On the other hand, when alpha particles are created by reaction, the obey electromagnetic fields and can be directly used for electricity generation. Some types of reactions could produce fuel for other types of reactions.

Considering all of these conditions, here are several thermonuclear fusion reactions that were found interesting and which humankind would like to try to ignite:

keV means kiloelectronvolt. One electronvolt is a unit of energy equal to the work done on an electron in accelerating it through a potential difference of one volt. In plasma physics it is often used to express temperature, where 1 keV equals 11.6 million Kelvin.

Q is the reaction energy yield.

Hydrogen (H) is a very abundant element on Earth and in the whole Universe. We can easily obtain it by the electrolysis of water. However, to try and use simple hydrogen fusion, which is in fact proton — proton fusion ongoing in the Sun, is not a good idea. Although its ignition temperature is low, only about 15 million Kelvin, its energy yield and cross-section are very low. To get usable energy from fusion on Earth, we have to do better than the Sun. 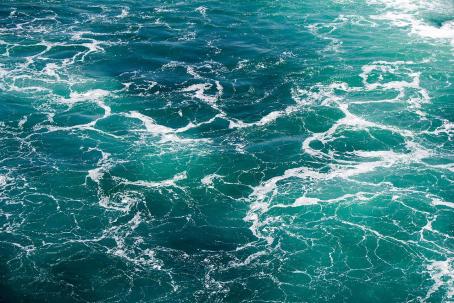 Deuterium can be extracted from seawater.

Deuterium (D, or 2H) is an isotope of hydrogen containing one proton and one neutron in the nucleus. It is a naturally occurring stable isotope. It accounts for approximately 0.0156 percent of hydrogen atoms — in another words, one atom from 6,420 hydrogen atoms is deuterium. Deuterium was discovered 1931 by American chemist Harold C. Urey. Deuterium can be extracted from seawater by a simple and well proven industrial process. First, heavy water (a water molecule with deuterium instead of ordinary hydrogen) is separated by the Girdler sulfide process and then deuterium is created by electrolysis. Multiple step distillation can also be used. But deuterium — deuterium fusion reaction has a lower yield and higher ignition temperature than the deuterium — tritium reaction that looks most promising.

Tritium is rare on Earth.

Tritium (T, or 3H) is a slightly radioactive isotope of hydrogen containing one proton and two neutrons in the nucleus. It was first detected by Rutherford, Oliphant and Hartec in 1934. Its half-life is about 12 years. Naturally occurring tritium is extremely rare on Earth. Small amount of tritium is formed in the upper parts of the atmosphere by interactions with cosmic rays. Artificially is tritium produced as by-product in nuclear reactors. The tritium could be produced by neutron capture by lithium or boron. The disadvantage of a fusion reaction of tritium and deuterium is the production of an energy neutron.

A reactor chamber housing a DT reaction will suffer from very high neutron flux and therefore activation and embrittlement of components.

Lithium is a light metal that could be cut by a knife and floats in oil. It is highly reactive with water and air so it never occurs freely in nature, only in compounds. Lithium was discovered in 1817 by Johan August Arfwedson. Lithium is present in sea water and in minerals of the Earth’s crust, but not in high concentrations. The overall content of lithium in the Earth’s oceans is about 200 billion tons. Lithium is produced mostly from ores and brines from land, its harvesting from oceans remains mostly unexplored. Pure lithium can be obtained by electrolysis of a liquid mixture of lithium chloride and potassium chloride.

Reactions with a higher ignition temperature which, however, did not produce neutrons, are for example a helium3-deuterium reaction and a proton-boron11 reaction. Both produce only charged particles. After mastering the DT reaction, this could be another challenge that could bring the energy of stars to Earth. 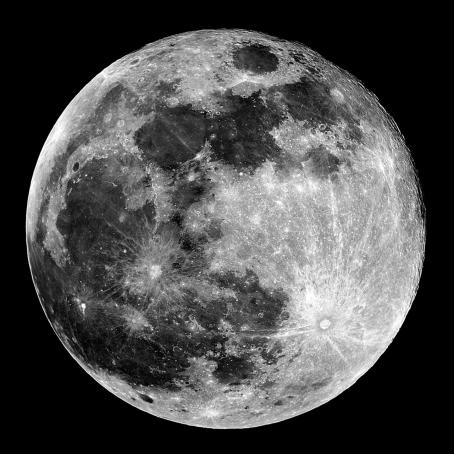 Helium3 could be mined on Moon.

Helium3 is stable isotope of helium with two protons and one neutron. Isolation of helium3 was first accomplished by Luis Alvarez and Robert Cornog in 1939. As a light gas, helium is rare on Earth. Some is trapped inside the Earth mantle and some can be found in the atmosphere. The ratio of helium3 to helium4 varies from 2 to 300 ppm (particles per million). Helium3 is supposed to be abundant in Moon regolith and in gas giants like Jupiter, but to harvest it for fusion fuel will need extra-terrestrial mining.

In its crystalline form, boron is a brittle, dark, lustrous metalloid; in its amorphous form, it is a brown powder. It constitutes about 0.001 percent by weight of the Earth’s crust and its global proven mineral mining reserves exceed one billion metric tonnes. It occurs in the form of borate minerals such as borax (sodium borate), ulexite (sodium-calcium borate) or colemanite (calcium borate) and is mined for wide commercial use. Boron was first isolated in 1808 by French chemists Joseph-Louis Gay-Lussac and Louis-Jacques Thenard.