Scheme of proton-proton branch I reaction.

The only functioning fusion reactor in our solar system is the Sun. Our central star, weighting 1,9 × 1030 kg (more than 330,000 Earth masses) burns 500 million metric tons of hydrogen in its core every second at temperatures of about 15,7 million Kelvin. This reaction creates 384.6 yottawatts of energy per second, although it comes from a relatively inefficient type of fusion. It is called proton-proton chain and consists of a series of reactions which begins with a proton and ends with a nucleus of helium. During this, protons fuse creating deuterium, positrons, neutrinos and helium nuclei. Other branches of these reactions create lithium, boron or beryllium. The probability of these reactions are very low and the Sun creates energy only because it has so many protons in its core.

The Sun is a main sequence star in the middle of its life. Other stars, in other parts of their lives, use plenty of different types of fusion reactions.

Another stellar fusion chain is the CNO cycle, which is hypothesized to be dominant in stars that are more than 1.3 times as massive as the Sun. This cycle converts hydrogen to helium, using carbon, nitrogen and oxygen as catalysts, consuming them in one step of the cycle and regenerate them in another. The CNO cycle became dominant with temperatures about 17 × 106 K.

When a star grows older, it runs out of hydrogen fuel and its core is full of helium created by a p-p chain or CNO cycle. This star starts to contract and heat itself. If the core temperature exceeds 108 K, alpha particles (helium nuclei) can fuse fast enough to produce significant amounts of stable carbon12. This is called the triple alpha process.

As a star grows older and older and its density and core temperature increases, fusion continues and produces heavier and heavier elements up to nickel. As fusion of nickel or heavier elements does not produce energy, the star that reached that point of fusion exhausted its sources of fuel. In sufficiently massive stars (12 masses of the Sun and more), this part of stellar life is finished by a spectacular cataclysmic event called a supernova. Without fusion energy, the star core cannot resists its own gravity and undergoes a sudden collapse. This collapse compresses and heats core remnants so that it triggers furious fusion during which various elements are produced. Heavier elements than nickel are created by neutron or proton capture. The final burning, together with a shock wave created by the core’s collapse, disperse big parts of stellar mass into space. The whole periodic table of created elements is ejected into the vast surroundings and could became a new planet in the future. Everything on Earth was once part of a core of some star, created by thermonuclear fusion. 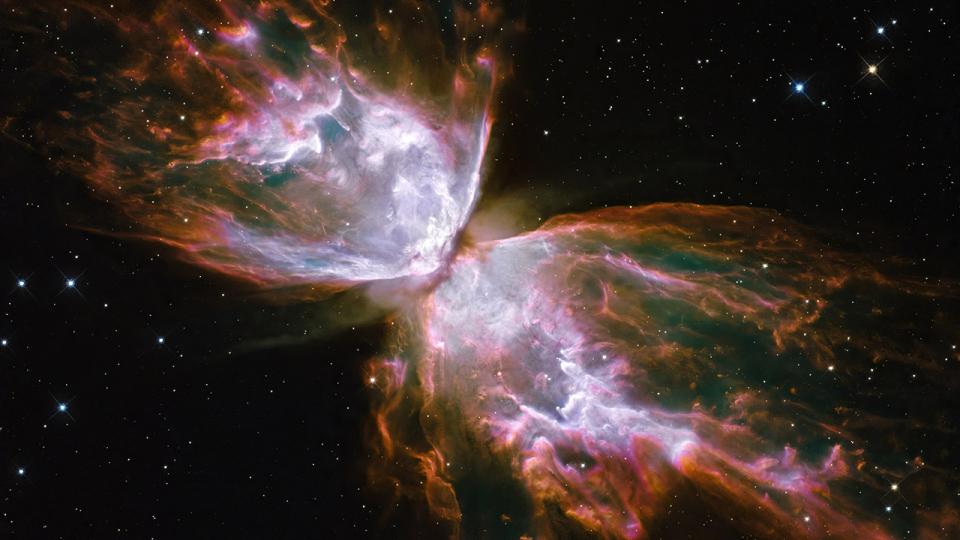 Extremely massive binary star Eta Carinae is expected to explode as a supernova in the astronomically near future.