How to measure the temperature in the core of the Sun? or Diagnostics 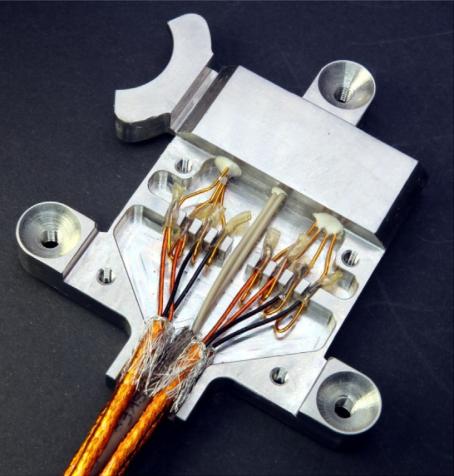 Measuring the properties of something with extremely high temperatures like fusion plasma is difficult because every type of measuring device inserted into such a hostile environment will be instantly turned into plasma. But to gain information about fusion plasma and to control it in a fusion reactor, it is necessary to know about it as much as possible. It is important to know what is the plasma shape and position, its temperature, density and composition and in the case of magnetic confinement, what the current flowing through the plasma or the shape of magnetic fields are, and of course, whether the fusion reaction has occurred and what the energy output is.

Most plasma diagnostics are the passive ones, observing particles or electromagnetic radiation emitted from plasma. The active diagnostics explore the plasma with microwaves, laser or particle beams and tries not to perturb plasma too much. Only a small range of diagnostics touch the plasma directly although on its very edge and for short time — the probes.

High temporal resolution is required from all diagnostics to observe the plasma evolution and to react to its changes as soon as possible. Some diagnostics give information only about one specific part of the plasma (e.g. probes), some give overall information (e.g. total power output) and others give line integrated data (e.g. spectroscopy). Only by the combination of data from more kinds of diagnostics and by the help of complex computational algorithms, the complete information about fusion plasma, its density or temperature profiles and their evolution in time can be obtained.

Here is the list of some important plasma diagnostic methods in more detail:

Magnetic diagnostics are used for measuring basic plasma parameters like the plasma current, position, shape and pressure, as well as for detecting plasma instabilities. They react to the electromagnetic field generated by plasma, mostly by the Faraday’s law (changes in the magnetic field cause voltage induction on the surrounding loops/coils). In the field of magnetic diagnostics, you can find for example pick-up coils (their integrated voltage output helps to detect the plasma position and shape), Hall sensors (use Hall effect for local measurements of the magnetic field), Rogowski coil (is wound poloidaly around the tokamak chamber and measures plasma current), voltage loop (from which the ohmic input power can be calculated) or Mirnov coils (detect plasma instabilities).

Microwave diagnostics work with frequencies from 1 GHz – 3 THz and is mostly active, probing plasma with microwave beam and deducing plasma properties from its reflection or scattering. In reflectometry, a wave is launched into plasma and reflects from the so-called critical density layer giving information about its position. Swept frequency reflectometry systems are employed for measuring the electron density profile. Other information about its density could be obtained by interferometry (it compares phase shift of a wave passing through plasma with a wave passing through a vacuum). In polarimetry, changes in polarization gives information about the internal magnetic field and, so, the current density. Electron cyclotron absorption is used to measure electron temperature and density and collective Thomson scattering measures fluctuations in the electron density or the velocity distribution of fast ions. An example of passive microwave diagnostics is electron cyclotron emission based on the cyclotron radiation emitted by the electrons during their gyration around the magnetic field lines. The frequency depends on the strength of the magnetic field and, hence, on the position in the plasma.

Spectroscopy in the visible, ultraviolet and soft x-ray spectral regions gives information on ion densities, temperatures and plasma rotation by detecting incoming light from plasma. Mostly, some computer reconstruction of the plasma profile like tomography is needed. Bolometers are used to measure the radiation losses from the plasma in a wide wavelength range. Synchrotron radiation spectroscopy gives valuable information about runaway electrons. Active spectroscopy systems also exists like beam emission spectroscopy that measures light emitted by the beam of neutral atoms (e.g. lithium) after interaction with plasma which gives information about the plasma density. 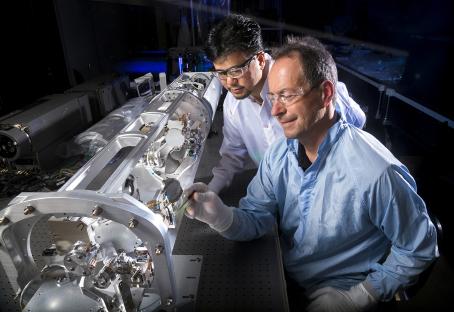 Probes are the only diagnostic that is touching plasma, although on its very edge and for short times. They are basically wires inserted into the peripheral regions of plasma and could be used for measuring electron density, temperature and plasma potential. A Langmuir probe is an insulated metallic pin inserted into the plasma with its tip uninsulated. When voltage is applied to the tip, the current is drawn from plasma and by its measurement, the electron density, plasma potential and electron temperature can be deduced.

Particle diagnostic analyses particles escaping from plasma. If the fusion is supposed to be present, fusion products are also analysed (e.g. tritium, protons, 3He, neutrons and gammas). The analysis of unwanted particles called impurities (e.g. carbon, oxygen) which could drain off energy from plasma due to radiation losses is very important. Active particle diagnostics use different types of particle beams and observe their changes after an injection into plasma.