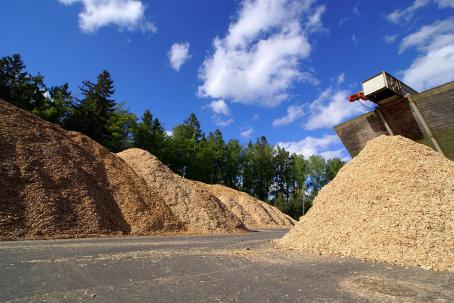 Reserves of combustible solid biomass have to be present at biopower plants in order to secure their uninterrupted operation.

The most commonly used solid biomass fuel is wood in the form of logs, pellets, briquettes, wood chips and also straw. If the original biomass is easily transportable (e.g. logs), it can be used as fuel straight away in special boilers. If the form of the solid biomass is unsuitable for transport (e.g. forest industry waste, woodworking industry waste, straw), then it needs to be processed first. The most common way to do this is grinding and compression into pellets and briquettes which are better suited for transport as well as combustion in special boilers.

The advantage of solid biomass fuels is that they have a comparatively low content of inherent ash (about 1%) and significantly lower content of sulphur (max. 0.05%) as opposed to fossil fuels. In terms of greenhouse gas production, biomass is considered neutral. The amount of CO2 released during combustion is more or less equal to the amount absorbed by the plants during growth.

Liquid biofuels are generally fuels made from biomass that are stored, transported and used in a liquid state. Technologically they can be subdivided into three groups: alcohol-based biofuels, bio-oils and liquefied gaseous fuels. 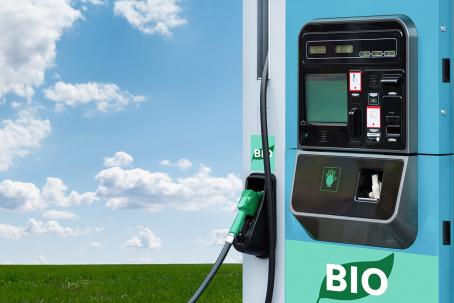 Alcohol-based fuels are from plants containing sugar such as sugar beet, wheat, maize, sugarcane through the process of fermentation or from plants containing starch. Starch first has to be transformed by enzymes into sugar which then can be fermented. In the second phase, the transformed mass is distilled yielding concentrated ethyl alcohol with a heating value of 22—25 KJ/kg. This alcohol can then be used as an ingredient in fuels up to a content of 15% without the need for modification of engines. Presently, bioethanol production is energetically quite demanding (in terms of electricity or natural gas) so return rate is quite low. The production of bioethanol by pressure hydrolysis from cellulose and other biomass wastes seems very promising though.

Other kinds of alcohol-based biofuels are biomethanol and butanol. Both of these yield more energy than ethanol but they are poisonous. Butanol is less corrosive than ethanol and could be used in existing spark-ignition engines.

The combustion of alcohol-based fuels made from biomass is more thorough and a comparatively smaller amount of pollutants are released, as opposed to petrol or diesel. The reason for this is the less complex structure of biofuels.

The E85 fuel has an 85% bioethanol and 15% petrol content. It is mainly used in Sweden and Brazil. 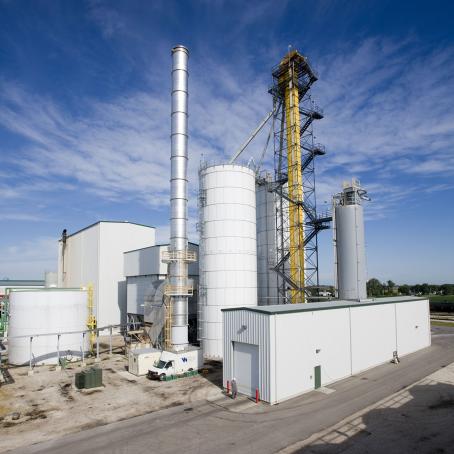 The significance of ecological biodiesel is implied by the fact that it can be used in almost any diesel engine. It is made from renewable biomass and has a lower content of hydrocarbons, toxic substances as well as solid particles in the exhaust gases than regular diesel made from petroleum. Several hundred kinds of plants as well as animal fat can be used to produce biodiesel. Among those probably the best-known are rapeseed, sunflowers, soy beans, coconuts, olives, flax, cannabis and other oily crops. The production is relatively simple. Its stages are: pressing, oil-filtering and esterification into (separation of) methyl ester and glycerol. Biodiesel (pure oil or methyl ester with a heating value of 39 MJ/kg) contains just as much energy as conventional diesel and can therefore be added into it or even replace it without any problems. The result of adding biodiesel into fuel is the reduction of emissions during combustion.

Gaseous fuels such as wood gas or biogas may be liquefied by raising their pressure to some 22 MPa but the use of such liquefied fuels has no real advantages for automobiles. It is much better to transform the wood gas or biogas into liquid hydrocarbons using the Fischer-Tropsch synthesis. This principle is a chemical reaction which takes place at temperatures of 200—350 °C under high pressures, where carbon monoxide and hydrogen or methane, with the help of a catalyst, is combined into a mixture of liquid hydrocarbons or a synthetic petroleum substitute. This method was used by Japan and Germany during World War II as they had limited access to crude oil.

Gaseous biofuels are flammable gaseous substances suitable for energy use made by fermentation or gasification of biomass. Most notably these include biogas, wood gas and hydrogen. 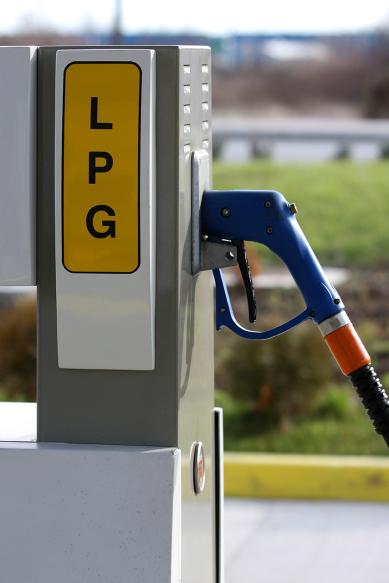 Similar to LPG, the purified biogas can be obtained for fueling cars at many pumping stations.

Biogas is a mixture of methane (40 to 75%) and carbon dioxide (25 to 55%) which is produced in the process of anaerobic digestion, a natural decomposition process in landfills or in agriculture. Aside from methane, hydrogen also contributes to the energetic yield of biogas. However, its content in biogas is only about 1%. Other gases contained in biogas, such as hydrogen sulphide or ammonia are undesirable and should be separated before use to avoid corrosion.

Biogas can be produced in biogas stations by anaerobic fermentation in digesters. The base material used to do this can be agricultural plant waste, faeces from animal husbandry, sediments from sewage processing, or biologically degradable wastes from the food industry. The produced biogas is further purified and dried and then used for heat or power generation. Most commonly, it is used in cogeneration plants but it is even possible to use this fuel in modified combustion engines for transportation.

One type of biogas station is a certain type of controlled organic waste landfill which allows for the escaping landfill gas to be captured. The waste in the lower layers of the landfill is compressed by the weight of upper layers and without access of oxygen it is decomposed by anaerobic bacteria.

During World War II, wood gas was frequently used to power automobiles as there was a shortage of petroleum-based fuels. 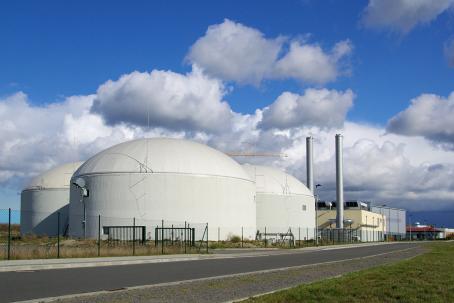 The fermentors of a biogas plant.

Wood gas is produced using pyrolytic gasification of wooden biomass. Gasification is a process of imperfect combustion in which the carbon contained in the biomass reacts with water vapor or oxygen at high temperatures creating a mixture of flammable gases, carbon dioxide and a small amount of tar. The flammable part of this mixture, which consists of carbon monoxide, hydrogen and methane, has a high energetic value. It can be used in cogeneration plants to generate heat and power or it can be used to fuel motorized vehicles. Most combustion engines require a relatively pure form of wood gas so it is necessary to filter it using water filters for example. The composition of wood gas largely depends on the gasification process used as well as on the gasification medium and fuel moisture. 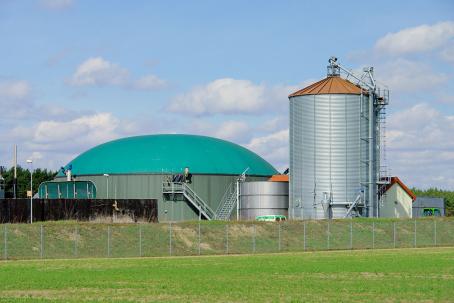 The product of a biogas plant is the biogas — a methane-based gaseous fuel.

Hydrogen, being a resource with a high energetic value, will have a great part in the fuel pool of future transportation as well as the whole power industry. Its biggest advantage is the fact that during its combustion, aside from the released energy, nothing but normal water is produced.

Hydrogen can be freed from biomass using thermal break down (e.g. of methane or ammonia at 1,000 °C) or the method of steam reforming, like the reaction between methane and hot steam (700—1,000 °C) with the help of a catalyst.

The use of hydrogen in fuel cells seems very promising.