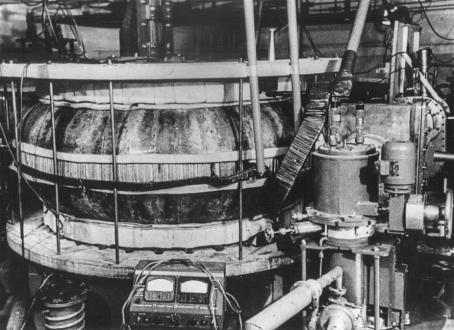 In the early years of electromagnetic confinement research, various magnetic devices such as pinches, stellarators, or magnetic traps evolved together. In the Soviet Union (now Russia), scientists explored the tokamak principle first in small, table-top experiments, toroids with ceramic vessels. As the material used caused plasma contamination, a tokamak with steel chamber T-1 was constructed. This first tokamak started operation in 1958 and proved that its design is suitable for plasma confinement. The name stands for “TOroidalnaja KAmera i MAgnitnyje Katushki” — toroidal chamber and magnetic coils — and was probably suggested by Igor Nikolaevich Golovin, the vice-director of the Laboratory of Measuring Apparatus of the Academy of Science, today’s Kurchatov Institute. A series of tokamaks have been built recently, the bigger ones as well as the smaller ones. One of the small ones, TM-1 (TM stands for tokamak malyj-small tokamak), has been functioning since 1963, making it the oldest tokamak in the world. After many upgrades, reconstructions, and movings, it is now serving as a school tokamak in the Czech Republic. Great success was achieved with the greater tokamak T-3, where incredible temperature of 10 million degrees was reached and maintained for several milliseconds. British scientists from Culham University confirmed the results by a Thompson scattering diagnostic laser in 1968. Fusion researchers were so amazed by T-3 achievements that the Princeton Plasma Physics Laboratory’s stellarator “Model C” was rebuilt in 1969 to ST tokamak, which confirmed T-3 results. The tokamak boom started. 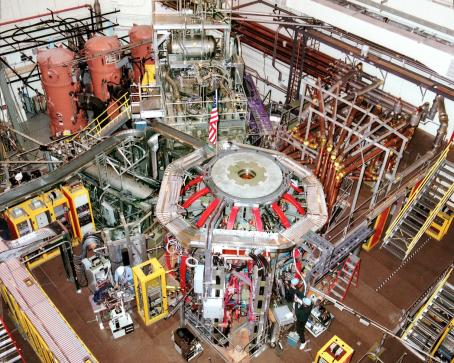 CLEO (1971), built in Culham, UK, begins to experiment with plasma stabilisation via magnetic coils. This tokamak was soon followed by others, for example, the Russian TO-2 (1972), Japan’s JFT-2 (1973), or the French TFR (1973). This tokamak discovered dangerous runaway electrons accelerated nearly to the speed of light during an event called “disruption”. This occurs when the plasma is released from magnetic confinement due to some kind of instability and dumped on the vessel wall. 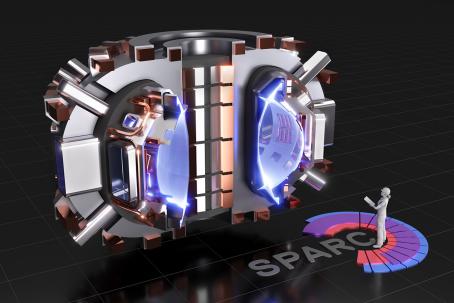 Heating plasma with neutral particles accelerated to high velocities by an electric field was proposed in the Princeton Plasma Physics laboratory in 1964 and used in the tokamak ORMAK (Oak Ridge Laboratory, 1971). Since then, essentially all tokamaks have been equipped with this kind of heating. Another type of heating by microwaves, aimed to add energy to electrons or ions (Electron Cyclotron Resonance Heating and Ion Cyclotron Resonance Heating, respectively), was added soon. But despite success in external heating, PLT (Princeton Large Torus, 1975) found out that confinement time decreases with increasing heating. Steep temperature gradients lead to turbulence that mixes and cools the plasma. A solution to this problem arises in 1982 when the German tokamak ASDEX reaches a mode of better confinement. This was called H-mode (High Confinement), and the previous regime was named L-mode (Low Confinement). During H-mode, a sharp gradient called a transport barrier is established on the plasma edge and cooling due to convectional turbulence is minimized. This mode appears to be a very promising way to reach breakeven, but it also brings with it dangerous ELMs. This term stands for Edge Localised Modes and was discovered also in ASDEX. They are short, repetitive, intensive bursts of energy toward the vessel wall, threatening to damage it. Quiescent H-mode without ELM was later discovered on the DIII-D tokamak, but it was realised that ELMs could also bring good when managed properly. They help to lead unwanted particles (impurities) towards the region between the plasma edge and vessel wall, from where they can be led toward the divertor and exhausted, so the plasma can be kept clean. Researchers invented a magnetic resonance perturbation method that changes one big, dangerous ELM to a set of smaller ELMs.

The edge of plasma was initially defined by a limiter, a piece of metal, usually a ring, protruding a bit from the vessel wall into the plasma. But the material of the limiter used to contaminate the plasma, so the divertor concept was soon invented. The edge plasma is led toward the divertor by the magnetic field created by an additional poloidal coil. The first time it was used in stellarators. Since the 70s, it could be found in tokamaks, for example in DITE (Divertor Injection Tokamak Experiment, Culham, 1979) or TO-2 (Russia, 1972). This leads to better confinement and helps to keep plasma purity.

Already in the early 70s, it became clear that reasonable power plant reactor on the tokamak principle have to be big. It is simply because you need to put more than 1 metre of shielding between the plasma and the coils to protect them from neutrons and heat. The knowledge that the larger the plasma volume, the better the confinement confirmed it later. So, the project for the big tokamak started, and in 1983, the JET (Joint European Torus) was commissioned in Culham, UK. With a plasma volume of about 80 m3, it was the largest tokamak in the world since the Japanese JT-60U, with a plasma volume of 100 m3, began operation in 1991. JET was the first tokamak with an elongated “D” shape chamber cross-section and the first one that could handle the D-T reaction. Because of the presence of radioactive tritium and later activation of chamber material by fusion neutrons, maintenance in the vacuum vessel could not be done by humans. A remote handling system was constructed with which, for the first time, it was possible to exchange certain components using artificial hands only. In 1997, JET generated 16.1MW of fusion power. The Q (ratio between input and output power) was 0.67, so more energy was added than gained, but it was a success that has not been overcome by any other tokamak yet.

Another tokamak capable of experiments with D-T reactions was the American TFTR (1982). Although designed to reach a scientific breakeven, it never did. In 1986, it achieved a plasma temperature of 200 million kelvin, and in 1995, a world record of 510 million kelvin was obtained. The temperature record was beaten by JT-60 in 1996 with 522 million kelvin, the hottest ion temperature ever achieved. The longest pulse was held on ToreSupra (6 minutes 30 seconds) and the record for hottest plasma for the longest time was held by EAST tokamak, which in 2021 reached a milestone of 120 million kelvin electron temperature for 101 seconds. For successful fusion ignition, the combination of temperature, plasma density, and confinement time is needed. This is known as a fusion triple product, and JT-60U has held the highest value record since 2018. 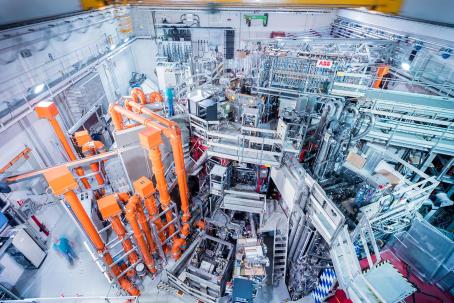 The first magnetic coils used were made from copper, but with requests for longer pulses, the necessity to use superconducting materials arises as the copper quickly overheats. Not to mention energy consumption. The first tokamak with superconducting toroidal coils was the Russian T-7, commissioned in 1979, and the French ToreSupra, with the first plasma in 1988. The first two tokamaks with toroidal and poloidal coils made of superconducting materials were the Chinese EAST and the Korean KSTAR, both of which began operation in 2008. The typical superconductor used is niobium-titanium (NbTi), but where a high magnetic field is required, extremely brittle and hard-to-work-with niobium-tin (Nb3Sn) is used. The coils for ITER will be made from Nb3Sn. New superconductors called ReBCO (Rare-earth Barium Copper Oxide) that can maintain superconductivity in high magnetic fields and at temperatures of about 77 Kelvin are being tested, for example at the small spherical tokamak ST25.

Knowledge learned about thermonuclear fusion and plasma behaviour so far was used for the project of the greatest tokamak ever built, the experimental machine ITER. The construction work started in 2007 and the first plasma is anticipated for 2025. The ITER is designed to reach scientific breakeven and even encompass it ten times by producing 500 MW of fusion power.