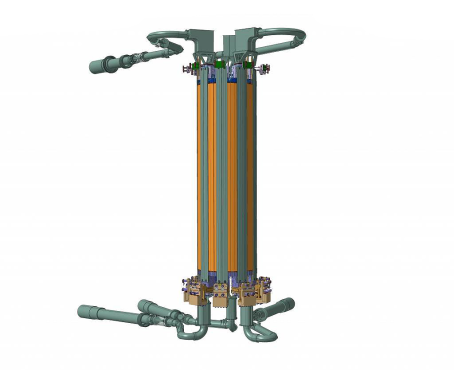 A transformer is a device that is capable of either increasing or decreasing the voltage and current levels of its supply. It consists of two coils, called primary winding and secondary winding, wrapped around a common core. Pulse of current in the primary winding induce current in the secondary winding. This principle is used in tokamaks where the secondary winding is plasma itself and the current in it is induced by the pulse in the primary winding. Mostly, the primary winding is located in the centre of tokamak torus, in the “donut hole”, and consists of coils wrapped around a ferromagnetic or air core; the structure is called the central solenoid. It is composed of several coils (modules) stacked together. As the central solenoid produces a strong magnetic field, it is subject to large electromagnetic forces that try to tear the solenoid apart. Coils of solenoid are therefore usually placed in some kind of support structure that holds them in position during a plasma pulse. The energy necessary for such a pulse mostly cannot be taken directly from the grid and is stored in an array of condensers or in the flywheel generators and then released in short pulse into the coils of the central solenoid. In the ITER, the largest tokamak in the world now under construction, the central solenoid is 13 metres tall, 4 metres wide and weighs one thousand tonnes. In the centre of the stacked modules, a maximum field of 13 Tesla will be reached.

In spherical tokamaks, the central “donut hole” is reduced as much as possible, so the shape of confined plasma resembles a sphere. In some of them, the central solenoid is omitted, and the experiments are trying to induce plasma current at the beginning of a plasma pulse by a combination of electron cyclotron heating and current drive. The possibility of tokamak operation without a central solenoid could reduce cost and energy demands and bring the tokamak steady state operation nearer. 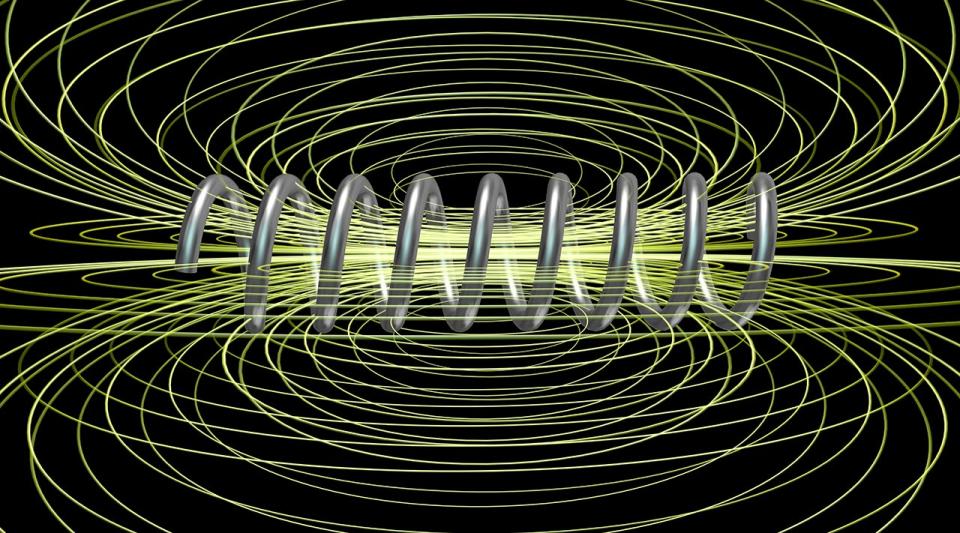