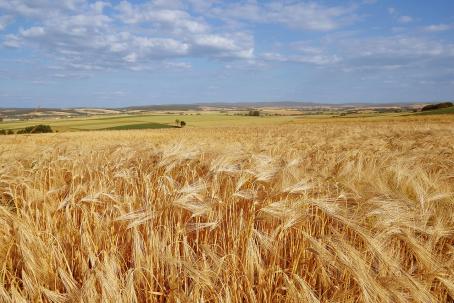 Huge fields of grain, the straw of which can be used for energy production.

The planet Earth is in fact one big factory which converts solar radiation into chemical energy stored in living plants. Large amounts of a renewable energy resource called biomass are thus continuously produced. An estimated 100 billion tons of biomass is created every year; an amount corresponding to five times the energy needs of the entire world. The greatest potential in all of biomass lies in purposeful growing of energetic plants. Further potential sources of energy include agricultural, forestry and animal husbandry wastes. Geographically, the region with the highest potential is Asia while Oceania is the one with the least.

Biomass power plants use the Rankine cycle with a classic or gas turbine. In some cases, power plants are powered by reciprocating combustion engines.

Biomass power plants are fueled by the biomass itself or by processed fuels which are made from it. Technologically, the concept of the power plant can be the same as that of a classic thermal power plant with a steam generating boiler and a steam turbine connected to an electric generator. The boiler has, of course, to be modified to accommodate biomass combustion. The result is a lower consumption of fossil fuels as well as lower emissions of pollutants into the atmosphere while maintaining the same power output.

Aside from classic steam turbines, the electric generators can be powered by reciprocating combustion engines. In this case, liquid and gaseous biofuels are used. Power plants with reciprocating engines are highly efficient and have lower emissions. They are usually used for cogeneration or as peaking power plants.

The largest biomass power plant, the Alholmens Kraft in Pietarsaari in Finland generates 265 MW of electricity and 160 MW in heating steam and water. It burns 1,000 cubic meters of fuel per hour. 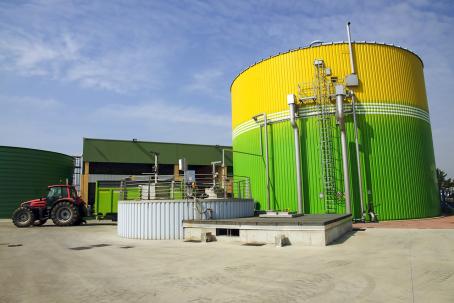 Many companies utilize equipment for the ecological use of biomass for energy purposes.

In terms of efficiency, the best way in which the energy from biomass can be used is in plants that combine power and heat production; the so-called cogeneration plants. Cogeneration plants are usually powered by gas turbines that burn gaseous biofuels (biogas or wood gas). Cogeneration which also allows generating useful cooling (for machinery or air conditioning) is called trigeneration.