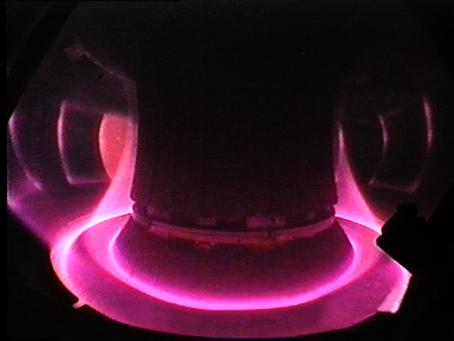 Since the magnetic cage in tokamaks is created by a combination of toroidal magnetic field and current flowing through plasma, the heating for the early stages of plasma discharge is ensured by Joule (or ohmical) heating. The low ionized gas that has to become plasma resists the induced current and heats itself. But after reaching a temperature of about 10 million kelvin, the gas is mostly ionized, the resistivity decreases quickly, and the current cannot heat the plasma any more. Ten million degrees is not enough temperature for successful fusion, so other types of external heating have to be used. The idea behind fusion ignition is that after a sufficiently high temperature is reached and the fusion reaction starts, the energy of alpha particles generated from fusion will provide enough energy to keep the plasma hot. The fusion will be ignited and burn without the need for external heating. But first, a temperature of about 150 million kelvin has to be reached. 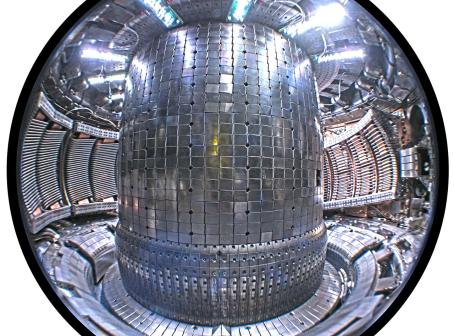 Neutral beam injection is based on shooting high-energy particles into the plasma, where they pass their thermal energy through multiple collisions onto plasma particles. A neutral beam injector is in fact a particle accelerator. Atoms that are to be used, typically hydrogen or deuterium, are first ionized. Then they are accelerated by the electric field to a sufficient speed. But ions could not enter the plasma core, as they would be deflected by the magnetic field on the plasma edge, so the ions had to pass through the neutralization chamber. As neutrals, they can fly straight into the plasma centre where their energy is most needed.

Ion cyclotron heating uses radio waves at frequencies corresponding to the ion cyclotron frequency (40 to 55 MHz). When an ion absorbs such a wave, it increases its kinetic energy. Waves are emitted into the tokamak by large antennas.

Both these principles have a lot in common with the way in which a microwave oven heats your lunch. 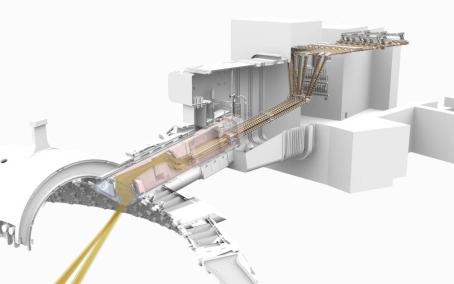 Beaming energy into plasma on radio frequencies could also help to solve the problem with the pulse regime of tokamaks. The current generated on the transformer principle could not last forever, as the transformer is a pulse device. The transformer-induced current has to be replaced by another means. This could be done by “dragging” electrons through plasma with waves of certain frequencies. The principle is called lower hybrid current drive (LHCD).

To make tokamak a more viable option for power plant, the energy inserted into it should be minimized as much as possible. Ideally, the plasma during fusion will not only generate enough heat but also maintain electrical current flowing through it. Under certain conditions, the current is generated and sustained by the plasma itself with no need for external support. This is called bootstrap current.